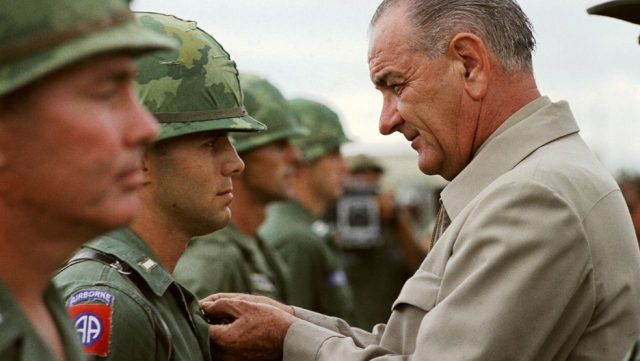 A rare consensus has formed between left-wing Democrats like Sen. Tim Kaine (VA) and libertarian Republicans like Sen. Rand Paul (KY) and Rep. Justin Amash (MI) that, under our Constitution, military deployments like President Trump’s recent missile strike on Syria require congressional approval and even a declaration of war (unless the country faces an imminent threat).

To resolve the question of which branch has the power to make war, we need to look at the original intent of the Framers. Start with the fact that nowhere in the Constitution is there any requirement that a congressional declaration of war is a prerequisite to the president deploying the military. Then consider that fully 90% of all U.S. military engagements from 1780 to 1880 were conducted without a declaration of war. (See War Powers and the Constitution, 1984, by John Charles Daly, p. 22.)

But what about the War Powers Act, which requires congressional consent when a president makes a long-term military deployment?

The War Powers Act was passed by Congress in 1973 when Congress felt that it had done too little to constrain various presidents’ conduct of the Vietnam War. It requires the following:

(The Act also included a provision stating that Congress can force the president to withdraw troops before the 60-day time limit with a concurrent resolution that was not subject to a presidential veto. However, this kind of legislative veto was declared unconstitutional by the Supreme Court in 1983.)

[The Founding Fathers] recognized that foreign policy decisions must be made through close cooperation between the two branches and not through rigidly codified procedures . . . . [T]he Congress is . . . attempting to increase its policy-making role through a provision which requires it to take absolutely no action at all.

President Nixon’s entirely appropriate veto was overridden by a two-thirds vote of both houses of Congress (demonstrating that congressional Republicans have been unprincipled since long before the Trump administration).

As Nixon warned, the War Powers Act is an unconstitutional infringement of the president’s plenary powers as commander-in-chief under Article II of the Constitution, and most presidents since its passage also have so stated. As former General and National Security Adviser Brent Scowcroft once said,

The Congress arrogates to itself the right to force the president by its inaction to do something the Constitution says he does not have to do, to pull the troops out . . . . [B]ecause it is unable to make up its own mind, it forces the president to behave other than as commander-in-chief.

No president has ever fully complied with the War Powers Act, and no congress has ever sought court action to compel such compliance. Rather, presidents and congresses who all have been afraid to subject the Act to judicial review have found ways to compromise.

Even if the War Powers Act were constitutional, it would still be terrible policy. It is impractical at best and dangerous at worst to expect a congress of 535 members and thousands of staff to maintain secrecy when military action is being contemplated and planned.

In the words of John R. Silber in his 1985 New Republic article “Presidential Handcuffs,” when covert operations are debated openly in Congress and are printed across the country in newspapers, “we must be overtly covert or covertly overt.”

Indeed, in the years since the passage of the War Powers Act, presidents of both parties have pointed out how compliance with the Act would have endangered military missions and those performing them:

Simply put, no president can deploy troops or maintain a deployment unless Congress appropriates the funds for such deployments and actions.

So, as usual, the question of which branch of government has the power to “make” war is properly and best answered in the Constitution itself: The president may deploy the military at his discretion and need not seek permission from Congress. However, since Congress controls the funding for such operations, and because Congress most closely represents the sentiments of the American people at any given time in our representative democracy, effective and successful presidents consult with Congress out of practical necessity. No further restrictions are either permitted or necessary.

As then Representative (and later Secretary of Defense and Vice President) Dick Cheney once said, “We look to the president to make decisions that are naturally made by a commander-in-chief rather than a legislative body.”