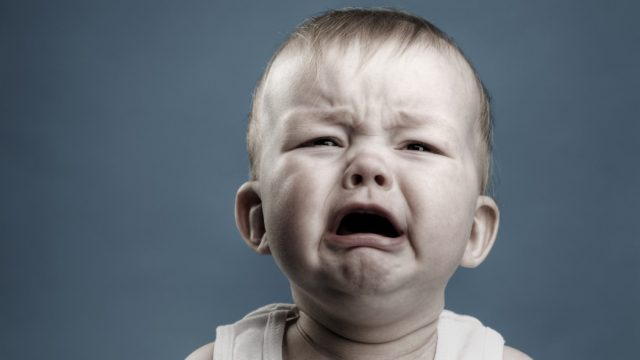 David Hogg is a whiny baby.

Yes, he was in Marjory Stoneman Douglas High School during the recent shooting, and like all people of conscience, my heart goes out to him and his fellow students and their families for having had to suffer through such a traumatic experience.

But the fact that Hogg was in the building during the shootings doesn’t change the fact that since that time he has shown himself to be a petulant little boy.

In the aftermath of the shooting, Hogg took every opportunity to get in front of a television camera to advocate for gun control. That’s fine. I applaud him for fighting for his beliefs, even if I disagree with them. That’s what our country is all about.

So he went on Dr. Phil and all of the “news” networks, and he spoke at a national march for gun control organized by all of the usual movement leftist suspects. And, again, I sincerely applaud him for his activism (even if he wasn’t actually persuading any grown-ups who weren’t already on his side since adults don’t take their cues from kids with no real-world experience – More on that later).

But the more attention Hogg got, the more arrogant he became – which is typical behavior with immature little boys.

Last week, Fox News commentator Laura Ingraham sent out a tweet referencing Hogg’s whining about being rejected by four universities while at the same time pointing out how rigorous the admission standards are for those universities. Despite the fact that Ingraham was the first national news personality to give Hogg a national platform by having him on her show, Hogg responded to Ingraham’s tweet with his own, whining about how mean Ingraham’s tweet was and calling on her advertisers to boycott her program.

Ingraham responded with an apology, which Hogg immediately rejected with a tweet whining that Ingraham had been “mudslinging at children.” He also stated that “a bully is a bully,” obviously oblivious to his own hypocrisy.

And therein lies the rub: On the one hand, David Hogg insists that everyone treat his political views with the respect due any adult. On the other hand, anyone who dares to criticize him, no matter how mildly, is guilty of “mudslinging at children.”

Hogg is either an adult worthy of respect or a child entitled to live in a safe space. By his immature behavior he has shown himself to be the latter.

An adult doesn’t whine and publicly declare himself to be a victim every time something doesn’t go his way. An adult doesn’t seek to ruin the career of a person for hurting his feelings. And an adult doesn’t publicly and ungracefully shoot down a sincere apology in order to maintain the public spotlight.

David Hogg did all of these things, thereby revealing himself to be an ignorant little whiny boy. In fact, the only instance of intellectual honesty he has shown was (accidentally) admitting that he and his fellow students are “children” and that he sees mild criticism as “bullying.”

All of which makes it astonishing that several American companies actually marched smartly to his orders to boycott Laura Ingraham’s show.

Now, I’m not especially a fan of Ingraham and her hyperpartisanship. But no mature adult could possibly conclude that her mild criticism of David Hogg, followed by an immediate apology, warrants boycotting her program and trying to ruin her career. And no mature adult could possibly think it’s a good idea to feed the overinflated ego of an immature child by mindlessly obeying his demand to do so.

Well, several companies have now revealed that they are not, in fact, run by mature adults. Here are the companies that have chosen to kowtow to the whiny little snowflake:

By contrast, Arby’s chose not to withdraw its advertising, so Hogg called for a national boycott of Arby’s.

Personally, I will be making it a point to buy lunch at Arby’s frequently in the coming weeks.

With regard to the other companies, I will certainly be keeping in mind that they are run by people who unquestioningly take orders from an immature whiny little boy. Those are not the kinds of business that deserve our confidence as consumers.

And yes, David Hogg is a whiny little brat, and we need to be shouting that fact from the mountaintops.

Ordinarily, of course, it would be unseemly for an adult such as myself to publicly attack a little boy, but this particular little boy is actively working to destroy people’s lives, and he enjoys the support of the movement left, including most of the “news” media.

In the face of such malice, people of conscience cannot remain silent. It is now a moral imperative to call out David Hogg, whiny little brat that he is, until we can make him stop trying to ruin the lives of people who hurt his precious little feelings.

Seth Rich Debacle: How FOX NEWS Can Save Itself and Journalism