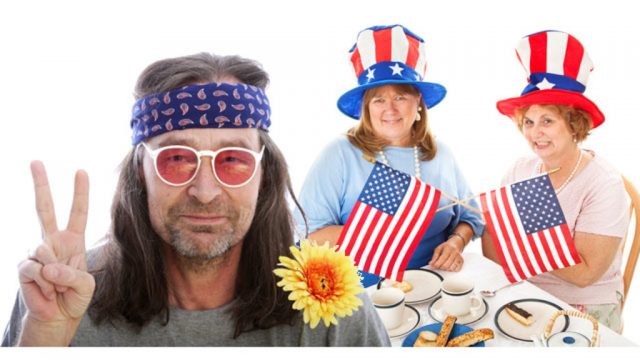 BERKELEY, Ca. (Real Fake News) A new study from the University of California Berkeley revealed that a strong majority of American liberals are tolerant of people who agree with them.

“Tolerance has always been a central principle of liberalism, and today’s liberals are carrying on the tradition admirably. Less than one-third of liberals were found to be intolerant of those who agree with them,” said Professor Clyde Abernathy, who led the study.

Professor Abernathy, who is the chair of UC Berkeley’s Saul Alinsky School of Political Science, oversaw a team of twelve graduate students who conducted interviews and performed other social experiments with a total of 1,396 people across the political spectrum.

The study found that 61% of people identified as left of the political center were able to tolerate people who agreed with them. Only 29% were unable to do so.

“In today’s angry world, I feel it’s important that we strive to tolerate people who agree with us,” said study participant Ashley Goldstein, a Seattle barista. “I am especially tolerant of black, Hispanic, and LGBTQ people who agree with me, and I try to give them as much encouragement to do so as I can.”

The same study showed that a majority of conservatives are tolerant of people who disagree with them.

Another recent study carried out by the non-partisan Public Religion Research Institute revealed that three times as many liberals as conservatives are likely to block someone on social media for expressing views with which they disagree.

“I believe these two studies are perfectly consistent with each other,” said Professor Abernathy as he noted his personal tolerance for the other study.

NOTE: Although this is a work of satire, the Public Religion Research Institute study is real, and source link has been provided.