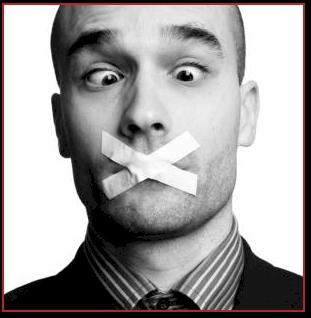 The pen is mightier than the sword. The greatest triumphs of tyrants, fascists, propagandists, and cultists come from the words they use to manipulate, inspire, and lead common people to engage in or accept uncommon acts of destruction.  When the Founders invoked the concept of free speech in our Republic, they never envisioned modern America.  We need Free Speech Reform Now to protect our country.

When the Founders remade America after the revolution and the failure of the Articles of Confederation, they worked tirelessly to create the current Constitution. Indeed, the power of free speech was a part of that revolutionary idea.  With just a quill pen, some parchment, and rudimentary printing presses, Founders argued among a few thousand elites about what this country would look like.

They never saw the tools of revolution and the power of the written word in the hands of commoners, who could, with any language, any ill intent, reach millions of people across the globe in seconds.  Indeed, they set up an entire Republic designed to ensure that something akin to mob rule and pure democracy could never see the light of day.

Free speech, particularly free, stupid, anonymous, foul, and treacherous speech was never part of their plan.  Likewise, speech used to destabilize the country, incite riots, organize protests, or identify and harass fellow citizens was never the intention of the First Amendment. Nor was it the ever dreamed that fake people, using crude and immoral language, purposely lying, could reach and motivate million with the click of a button.

Let’s face it, free speech was meant for politicians on soap boxes, or elite gentlemen writing in respectable publications to reach responsible leaders. With so many phony, corrupt, immoral, lying, voices spreading fake and defamatory news to millions, the Founders would be turning in their revolutionary graves.

If the new “civil rights” movement is to contract Constitutional rights, then that movement should swiftly act to curb that which divides this country most, “free speech,” irresponsibly, negligently, and dangerously used to reach, confuse, and incite millions.

Angry, divisive, hate-filled, speech is killing America and Americans …  inciting them to violence in ways the Founders never dreamed. Across the globe, in the modern era, dangerous speech has caused the deaths of millions from propagandist.  In the 21st century, everyone is a propagandist with that same dangerous reach, and an increasingly mean, vile propensity for hate speech.

Since the left has moved to limit the right of self-defense and my Constitutional Rights, here is my proposal to limit your free speech rights so that they conform to what the Founders’ intended.

1. Before you can speak, you need to submit to a background check to ensure you are not a subversive or a criminal looking to incite violence or to destroy our government. There will be a 30-day waiting period to speak on controversial political issues, and you will have to be at least 18 to apply for the license.

2. The government will keep your name on a list as someone who has applied to and obtained a license to speak up politically.

3. You shall submit to a mental exam, to make sure you don’t say anything crazy

4. Your speech shall be limited to soap boxes and non-electric megaphones, after obtaining a proper local permit.

5. You shall not be permitted to speak to more than 10 people at a time, lest the masses misconstrue your dangerous words. The only exception to this rule shall be that you may, as often as is accepted, submit a quill written letter to your local newspaper publication.

6. There will be no electronic communications.

7. In the case of quill written letters, pseudonyms are permitted.

8. Your communications shall be free from profanity of any kind and conform to the formalities of the King’s English.

If you don’t like these ideas, perhaps you can grab your musket, man a post, and fight to keep your Constitutional rights in the face of obvious idiocy.  Those of us who believe in the Bill of Rights, and the right of the people to keep and bear arms, without infringement, will do exactly that.

Liberty has never been, nor will it ever be, an exercise in the reduction of freedom imposed against the innocent and virtuous under the guise of government protection.

Your First Amendment right shall not be abridged, and if it is, it will only be because my Second Amendment Right has been infringed … and I am dead.

Freedom of Religion & the Sands of Ignorance