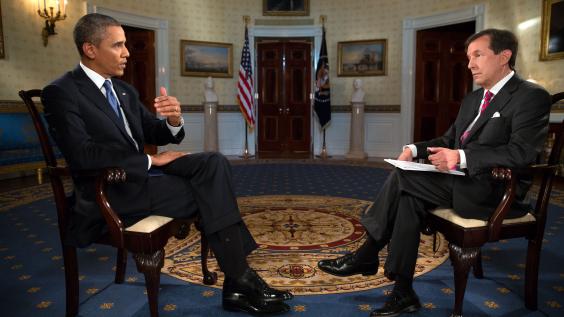 The recently released text of FBI agent Peter Strzok is a bombshell.  That word, often over-used, has lost its punch because of the proliferation of false, fake, and misleading news. The text by Strzok, the agent who led the Hillary Clinton illegal server investigation, is proof of an Obama coverup and whitewash of Clinton’s illegal activities.

The coverup goes right to the top, and the text, put in context, shows exactly why Hillary once famously screamed, “If that f#cking bastard (Trump) wins, we all hang from nooses.” The noose keeps tightening, and “all” now includes Mr. Obama.

News reports say the newly released, September 2, 2016, Strzok text to a DOJ lawyer, his mistress, explained that “Potus wants to know everything” about the Clinton e-mail investigation.

So … why is that scandalous?

Mr. Obama “guaranteed” that politics would not “taint” the e-mail investigation of his fellow Democrat, his former Secretary of State, and the person he endorsed for President. That alone isn’t a bombshell, though classically misleading and vague.

Mr. Obama went further in his interview with Chris Wallace. He said:

“I can guarantee … I can guarantee that not because I give Attorney General [Loretta] Lynch a directive, that is institutionally how we have always operated,” Obama said during an appearance on Fox News Sunday. “I do not talk to the Attorney General about pending investigations. I do not talk to FBI directors about pending investigations. We have a strict line and always have maintained it. I guarantee it.”

I suppose that leaves Mr. Obama with two Bill Clintonesque style defenses. The first might be that he was only talking about communications with “FBI directors,” not the agents running the investigation. That would be weaker than the old, “it depends on what your definition of “is” is.”

The second Obama defense might be that this interview was before events changed in July.  He might argue that from that period on, he needed to stay briefed on the situation due to the Presidential election and national security. Bet on that defense, weak as it might be.

I have long posited that there is a carefully constructed war on Trump. It began under Obama and includes what now appears to be a politically bought and paid for FISA warrant. The FBI obtained that warrant using bogus intelligence from a foreign agent to spy on a Trump-connected associate.

Post-election, the Clinton team set up a war room on November 9 and set in motion a plan using deep-state operatives to take down President-elect Trump.  It did so to prevent these facts from ever being exposed. Once again, it was Susan Rice, the head propagandist from the Benghazi coverup who was furiously working with team Obama from the inside.

In fact, remarkably, one former member of the Obama administration made a bizarre video encouraging “resistance” fighters to take to the streets.  Who was that? Former AG Loretta Lynch, who also had that odd tarmac meeting days before Mr. Comey inexplicably cleared Clinton for mishandling classified information.

Comey spent months trying to hide that the President was NOT, and never had been, a target of an FBI Russian collusion investigation.  Indeed, that’s part of the reason he was rightly fired.  As for Lynch, she was always an Obama puppet.

All these events and facts lead back to the reality that Mr. Obama, using our government apparatus, was trying to take down a political opponent for the woman he endorsed.  When that effort failed, the deep state left behind in the federal bureaucracy continued working against Trump from within. Out in the streets, agitators worked in the name of a resistance, even using fascists groups like Antifa.

Ari Fleischer, President Bush’s former Whitehouse spokesman, and no natural ally of President Trump reminded Americans today of one of the most under-reported facts of the Clinton e-mail investigation. Mr. Obama knew of the illegal server, and he was communicating under an alias with Hillary Clinton across that server. The FBI cleaned that mess up for the President.

Given the fact that Obama was the recipient of emails sent from Hillary on her private server (not from a https://t.co/c4WgRPR5dT account) – a fact the FBI cleaned up by calling him a senior government official – this seems inappropriate. https://t.co/y0EO303wOa

The release of the rogue FBI investigator’s text to his married mistress, the DOJ lawyer, shows that Mr. Obama had his finger on that bogus Clinton investigation the entire time, even though he lied about it.

We have the text. We have his lies, and we have it on videotape.

Mr. Obama didn’t run the most scandal-free administration of all time.  He merely controlled every aspect of our government, and he had them all working for his political purposes. The Alinsky radicals who seized control in 2008 were trying to destroy political enemies while covering up wrongdoing

The absence of scandal was evidence of the depth of tyranny and the abuse of the administrative, law enforcement, and legal branches of our government for nakedly political purposes.

As the Trump team keeps rooting out the deep-staters, the coverup continues to unwind. Of course, the propaganda war against Trump has now poisoned political zealots from either hearing, considering, or caring about the objective facts.

It’s ironic indeed that America has a special prosecutor investigating Mr. Trump’s campaign for Russian collusion when the DNC and Hillary Clinton laundered money to a foreign agent to manufacture a dossier of Russian lies in order to bring Trump down and spy on him.

What’s the irony?  The man behind it all is given a free pass.  Now, we have the text and his lie on videotape.  No one will care.

Trump to Arpaio: Thanks for Doing the Job American Politicians Won’t...