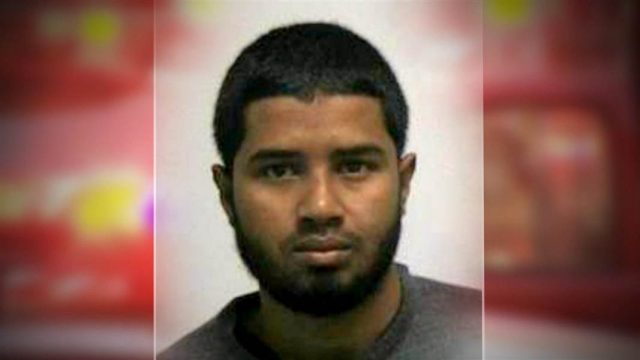 If you thought illegal immigration was destroying American culture … you were right.  It’s a disaster.  What’s worse?  A “legal” immigration system that makes no sense.  In America, we can let you in by lottery, and then let any distant relative you have in through chain migration.

A lottery for US Citizenship is irresponsible and anti-American.  We don’t take in new citizens by chance.  We invite the best, brightest, hardest-working people who want to be Americans.  Luck, chance, and randomness should play no role in country building.  Likewise, it is not sufficient that you want to come to America.  We need to see your value to us, and your commitment to becoming an American.

The recent terror attack by an incompetent, America-hating, Trump-loathing, anti-Christmas chain migrant in New York demonstrates the folly of an immigration policy that does not put America First.

The failed, would-be terrorist was the nephew of a US Visa lottery winner.  Using US law and the principle of chain migration, the terrorist came to America just before his eligibility ran out at age twenty-one. Lucky us.

Why was he eligible to come here to begin with?

His Aunt won a lottery that permits people with a golden … or green ticket … to leap the immigration line and standards, and come to America because some group of politicians thought picking citizens by lottery, rather than value and contribution, made sense.  Of course, these “lottery” selections happen in countries historically underrepresent as immigrants.

In short, the visa lottery is an affirmative action, diversity-for-its-own-sake program that seeks to make Americans out of people irrespective of their value, skills, love of our country, or any cultural connection thereto.  It’s bad public policy, and as we now know, a national security risk.

Chain migration will destroy a nation … and we should end the policy and begin, where possible, chain deportation. The only criteria for people to come to America should be what they can offer our current citizens as skills, and their verifiable proof of a love for and desire to become Americans.

If you meet those criteria, we don’t rightly care from where you come or what race, color, or creed you belong.  No one will argue that our country is enriched by people of every color and experience, but color and experience are not goals unto themselves.  Skills, value, and commitment to and love for our existing American principles are our only legitimate criteria.

The essential immigration revolution sometimes focuses solely, and myopically on stopping illegal immigration.  I am 100% behind those efforts that change all the incentives for illegal aliens to enter and stay in our country illegally. However, many Americans and our politicians miss the other two critical components to an immigration reform.

We want, need, and indeed must have strong, vibrant, legal immigration.  Likewise, that legal immigration must be based on the principles outlined above, which puts the wants, needs, and priorities of existing Americans ahead of would-be immigrants.

Immigration policy must always be for the benefit of existing Americans first.  Nothing about chain migration or visa lotteries meet those America first, immigration principles.