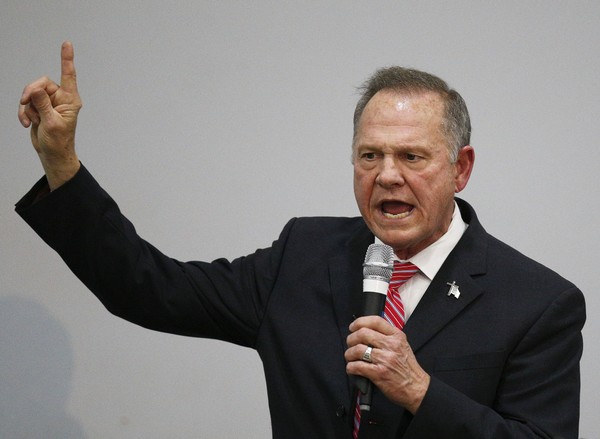 I’m a man of faith, but I wasn’t always.

I’m Jewish, and I always embraced my Jewish identity and heritage, but until my early 30s, I was a skeptic about the existence of God.

A close friend introduced me to C.S. Lewis, which set me on a journey that ultimately led me back to Judaism – and to a belief in God.

I am not a Christian, but I have a deep respect for this great and good religion. My wife and her entire side of our family, including my two adult stepdaughters, are Christians. Everyone is familiar with the stereotype of the nasty in-laws, but not mine. My in-laws are amazing, warm, loving, good people.

My wife, stepdaughters, in-laws, and close friend who helped me find my Jewish faith in God all have one thing in common: They are all devout Christians.

So I say with confidence that I know a good Christian when I see one. I know that good Christians follow the teachings, values, and example of their Lord Jesus Christ as recorded in the New Testament.

And then there is Roy Moore and his followers.

Let’s put aside the very credible allegations that Moore, when he was District Attorney of his county, sexually preyed on underage teenage girls. Even before these allegations came to light, Roy Moore was never an acceptable candidate for public office.

Roy Moore has based his entire candidacy on his self-righteous claims to be a paragon of Christianity, but is he really?

I’ve read and studied the New Testament. I don’t recall seeing anything in there about expressing sympathy for killing people for being gay, or breaking your oath of office to substitute your personal desires for the laws you swore to uphold, or attributing the 9/11 attacks to God taking vengeance on a sinful nation, or smearing people of other religions as unworthy to hold public office, or comparing homosexuals to murderers as a judge in an official court opinion and later comparing homosexuality to bestiality.

The God of the New Testament is a God of love, not Moore’s God of hate and vengeance.

Nevertheless, Moore has said repeatedly that his concept of the Christian God is “the only source of our law, liberty and government.” In fact, Moore was removed from his position as a state Supreme Court Justice for substituting his personal religious beliefs for the Constitution itself.

Roy Moore has also hysterically claimed that sections of the United States are currently being governed under Islam’s Sharia Law (for which he received a rating of “pants on fire” from Politifact). Roy Moore and his followers honestly don’t see the hypocrisy in fear-mongering about Americans supposedly being subjected to a Muslim theocracy while at the same time seeking to impose a Christian one on us.

Moore never says which version of Christianity provides the “source of our law, liberty and government” to which he demands all Americans be subjected. Is it the concept of God that is understood by Episcopalians? Baptists? Calvinists? Catholics? Methodists? Lutherans? Greek Orthodox? Coptic Christians?

The answer is None of the Above. Moore and his followers expect us to subject ourselves specifically to Roy Moore’s twisted and distorted concept of God and God’s laws.

But Roy Moore and his followers are not Christians in any sense that Jesus of Nazareth, as described in the New Testament, would recognize. They are dangerous hate-mongers who detest our Constitution and consider every religion other than their own to be “false” – including the real Christians who live their lives with the humility and love that Jesus preached and who reject Roy Moore’s unChristian hate and bigotry.

If you have any doubt of the sentiments of Roy Moore’s followers, just wait for the antisemitic comments that this column will generate from the Moore cultists who won’t actually read the column. [11/30/17 NOTE: Thank you to “Joey,” whose comment below proved me right.]

God help us all if they win.