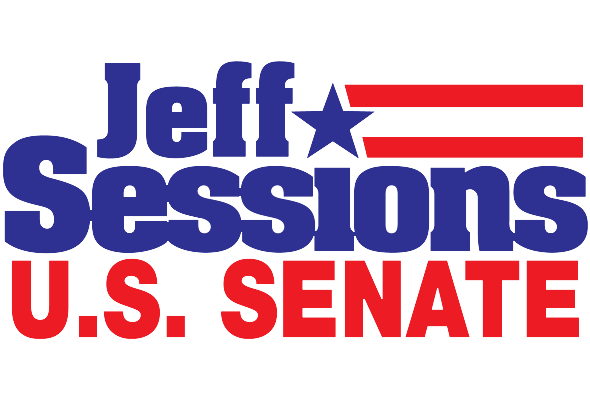 An open letter to Jeff Sessions, Attorney General of the United States and Former Senator from Alabama

Many Americans across the country have called on you to run a write-in campaign to regain your seat in the U.S. Senate.

I implore you to answer that call on behalf of your country.

I know you don’t want to return to the Senate. As Attorney General, you have much more power and opportunity to make a positive difference for our country than as one of one hundred senators. And besides, you’ve already been there and done that. No one wants to look backwards.

But these are extraordinary times and circumstances, and your country needs you. Returning to the Senate would be a tremendous personal sacrifice, but that’s what patriots do when their country needs them.

Back in 2000, when I was in my 3rd year of law school, I had the opportunity to take a seminar taught by Ken Starr. This was just a couple of years after his highly contentious stint as the independent counsel investigating the many allegations of scandalous conduct by President Clinton.

One day after class, I was chatting with Judge Starr. I pointed out that he had been a strong contender to be appointed to the U.S. Supreme Court by President George H.W. Bush and that he would have remained a strong contender with the next Republican president. I said that he must have known when he accepted the appointment as independent counsel that it would make him too politically radioactive to ever again be a contender for the Supreme Court. I asked him why he took the appointment.

Judge Starr’s answer was that he was obligated by God and patriotism to serve his country whenever he was asked to do so, regardless of the personal cost.

Mr. Sessions, this is your Ken Starr moment.

Roy Moore cannot win the special election to fill your vacant seat in the Senate. A poll released this week by the National Republican Senatorial Committee shows Moore trailing his Democrat opponent by 12 points.

So, although some Alabama Republicans, out of either blind partisanship or cultish devotion, remain supportive of Mr. Moore despite his obvious unfitness for any public office, the simple fact is that he can’t win.

The specific reason your country needs you to run is to save our judiciary. President Obama spent eight years stacking our courts with liberal activists, but President Trump is working to undo that damage by appointing solid constitutionalists to the bench. This is a once-in-a-generation opportunity to secure the integrity of our courts, but we need a solid Republican majority in the Senate to get those judicial appointments confirmed. Losing your Senate seat would reduce the Republican majority in the Senate to just 51-49, which would place President Trump’s efforts to restore the judiciary in peril.

Two things must happen if there is any chance of holding on to the Republican seat in Alabama and thereby saving the judiciary:

First, the Republican Party of Alabama must withdraw its nomination from Roy Moore. It is too late to have Moore’s name removed from the ballot, but under Alabama law, stripping him of the Republican nomination would result in none of the votes cast for him being counted.

Second, you, Mr. Sessions, need to run a write-in campaign for your old seat because you are the only Republican who can win.

Mr. Sessions, this is an extraordinary circumstance, and you are the right candidate.

In fact, only you, Jeff Sessions, the former occupant of that seat who is still beloved in Alabama, can hold that seat for the Republicans.

Alabamians do not want to elect a Democrat to the Senate, but Roy Moore has enough loyal supporters to split votes away from just about any other Republican even at the cost of delivering the seat to the Democrats. But most of Moore’s supporters support you too, so if you were to run, those protest votes would be minimized enough to give you a likely victory.

It’s also worth noting that you don’t have to resign your position as Attorney General unless you win the Senate election. You could take a leave of absence during the remaining three weeks of the race and return to work as AG if you don’t win.

I know it’s asking a lot for you to give up the power, prestige, and opportunities of serving as Attorney General to return to the Senate, but if conservatives are to have the opportunity to save the judiciary from the left-wing activists who currently dominate it, it’s a sacrifice your country needs you to make.

I implore you, Mr. Sessions, to answer your country’s call to duty.