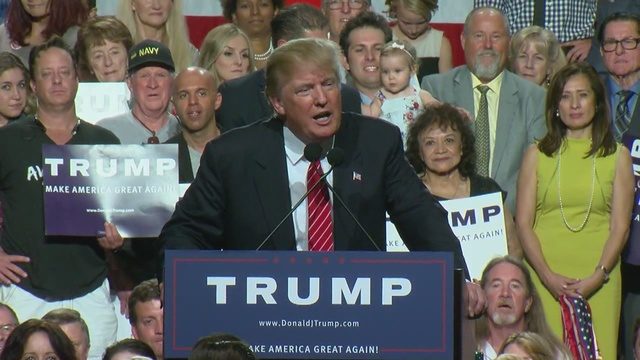 Yesterday I wrote about how President Trump’s tweets and other public statements about ongoing criminal investigations and prosecutions are helping terrorists and traitors like Bowe Bergdahl by giving them viable defenses based on the inability to get a fair trial.

Today my point was conclusively proven.

People across the country are outraged that a military judge gave no jail sentence to Bowe Bergdahl, a soldier who deserted his post, was captured by the Taliban, and caused five terrorists to be released from American custody to secure his release.

Bergdahl plead guilty to the charge of desertion, and today he was reduced in rank to E-1 and dishonorably discharged. But he was not sentenced to any time in prison.

Most of my fellow conservatives are furious about this sentence, as well they should be. However, their anger is misplaced when they call out the military judge who made this ruling. The judge did his job. The blame for the light sentence falls on his commander-in-chief, President Donald Trump.

During last year’s presidential race, candidate Trump called Bergdahl “a no-good traitor who should have been executed.” Then, just two weeks ago, during a presidential press conference in the White House Rose Garden, Trump doubled down on that statement. A reporter asked whether the president thought his prior comments had hurt Bergdahl’s ability to receive a fair trial. Trump said he could not comment, and then added, “But I think people have heard my comments in the past.”

Bergdahl’s lawyers moved for leniency based on Trump having denied him a fair trial by exerting undue influence on the proceedings with his statements. The military judge said that he would take Trump’s “disturbing” comments into consideration when deciding Bergdahl’s sentence.

Today he did so. And, as infuriating as it is to me to have to say this, he got it right.

In fact, what this judge did was protect the rights of all of us from an oppressive and tyrannical government.

So, to protect against government tyranny, if a defendant doesn’t get a fair trial, then he goes free – even if the evidence proves that he was guilty.

In the Bergdahl case, the government did meet its evidentiary burden of proving Bergdahl’s guilt (he admitted it) and of showing the severity of his crimes. However, when President Trump shot off his mouth about the case and the defendant, the government (that Trump leads) denied Bergdahl his right to a fair trial without undue influence by the commander-in-chief of all of the armed forces.

In banana republics, the ruler of the country is able to influence the outcomes of trials by making his wishes known. In a constitutional republic like the United States, we don’t tolerate that kind of interference in the justice system.

So, this military judge recognized his solemn obligation to protect the rights of any and all defendants to a fair trial when he took his commander-in-chief’s “disturbing” comments into account, concluded that those comments had deprived Bergdahl of a fair trial with regard to sentencing, and gave him a light sentence.