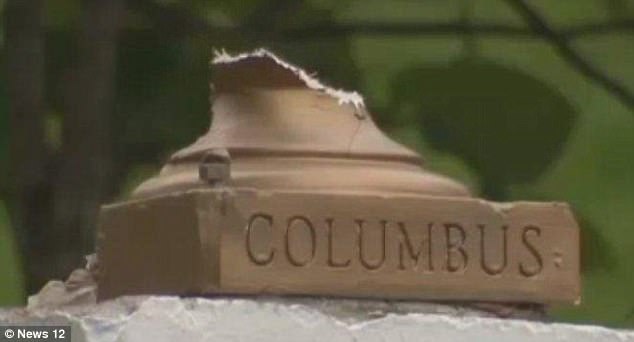 WASHINGTON (Real Fake News) – Today it was discovered that when the Affordable Care Act was passed in 2009, buried deep within it was a provision known only to the small handful of people who actually read the bill: Effective January 1, 2018, the name of our nation’s capital will be changed from the “District of Columbia” to the “District of Indigenous Peoples.”

The provision was quietly inserted by the Democrats who were then in charge of the House committee that oversees matters pertaining to Native Americans. It is not currently known whether then-Speaker Nancy Pelosi (D-CA) knew that this provision was in the bill prior to the bill being passed.

The District of Columbia was officially created as the national capital in 1801. The name “Columbia” was derived from explorer Christopher Columbus, the first European to invade the Americas.

Modern scholarship has determined that Columbus had an appalling lack of understanding of his white privilege, which led to his killing and enslaving large numbers of indigenous peoples who just wanted to be left in peace to perform their sacred human sacrifices.

“It is an outrage that our national capital, the seat of our federal government, is named after an anti-Native American Nazi,” said Norma Torres (D-CA), the current Ranking Democrat on the House Subcommittee on Indian, Insular and Alaska Native Affairs.  “Native Americans have had to face that humiliation for centuries, and it’s time that we stopped triggering them.”

When asked for comment, Floyd Azure, Tribal Chairman of the Fort Peck, Montana Assiniboine & Sioux Tribes said, “It’s damn well about time someone dealt with this issue. More than half of my people live in poverty, and as I’ve said for years, the best way to improve their lives is to change the names of anything honoring Christopher Columbus.”

When President Trump learned that a law was already on the books to change the name of the capital, he demonstrated his legendary leadership skills by boldly taking to Twitter: “Columbus was a great religious leader whose legacy must be protected. Congress must…” / “…act immediately and send me bill to keep his holy name on our capital! #DeportIndians #WhitePower #JustKiddingAboutThatLastOne”

The House of Representatives is expected to vote tomorrow on emergency legislation to keep the name “District of Columbia,” and the bill is expected to pass on a party-line vote. However, the bill faces an uphill battle in the Senate, where Republican Senators John McCain (AZ), Susan Collins (ME), and Rand Paul (KY) have announced their opposition because the bill was proposed by President Trump and would eliminate a provision of Obamacare, which they have sworn to protect.

Andrew Ginther, Mayor of the recently-renamed Indigenous Peoples, Ohio, could not be reached for comment.