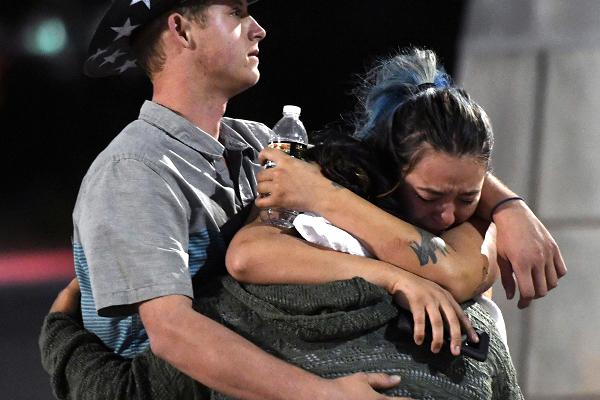 We call upon the bonds that unite us, our faith, our family, and our shared values. We call upon the bonds of citizenship, the ties of community, and the comfort of our common humanity. Our unity cannot be shattered by evil, our bonds cannot be broken by violence, and though we feel such great anger, at the senseless murder of our fellow citizens, it is our love that defines us today.

Any person with a moral compass knows that today is not a day for politics. Today is a day to mourn the dead and to lift up their families, friends, and communities in prayer.

Unfortunately, there are a great many people in public life today who do not have any understanding of civility and decency. There are depraved ideologues like Chicago Democratic Mayor Rahm Emanuel, who “never let a serious crisis go to waste.”

These people need to be exposed. The American people deserve to know which government officials, celebrities, and others with high profiles, are so depraved that they shamelessly use great human tragedies like the shootings in Las Vegas to try to advance their political agendas.

So, here is a list of every soulless public or nationally prominent official, figure, organization, and publication that I can find, of any political party or ideology, who is shamelessly exploiting this human tragedy for political gain. Check back often as I will be adding names as they emerge. And feel free to add anyone that I miss in the comment section below.*

*Some politicians and others have made references to “taking action” and words to that effect. Although these phrases appear to be references to gun control legislation, they are not explicitly so. I have not included people whose comments were limited to these kinds of mild and indirect political references.

**CBS has terminated Ms. Geftman-Gold. A CBS spokeswoman said the following: “This individual, who was with us for approximately one year, violated the standards of our company and is no longer an employee of CBS. Her views as expressed on social media are deeply unacceptable to all of us at CBS. Our hearts go out to the victims in Las Vegas and their families.”