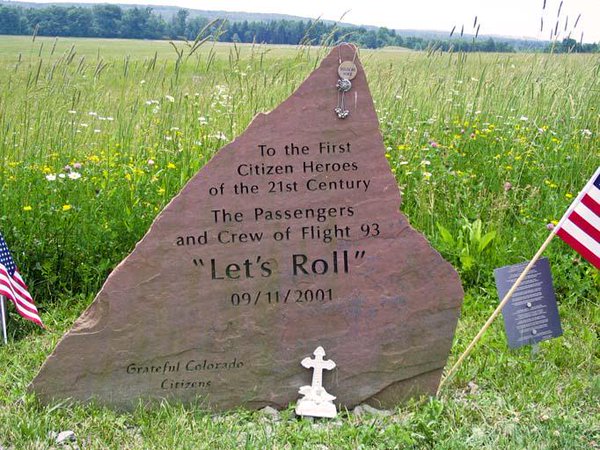 America once won a world war in four years.  Sixteen years after 9/11, America hasn’t won Bin Laden’s war on civilization.  Indeed, America and her allies are losing the war against radical Islam. We have fought many battles, and American forces have been decisive winners in nearly every engagement.  We are winning the battles, but losing the war.  We are ceding real estate across the globe to both the active and silent soldiers of radical Islam. It’s the war America refuses to win.

On 9/11, we solemnly pay tribute to the nearly 3,000 Americans murdered on our soil and in our skies.  We will ring the bells, read the names, replay the footage, and relive exactly where we were the day radical Islam landed its deadliest blow. The attack should have roused America from her self-indulgent, slumber.  It did, but it didn’t last.

President Bush stood on the smoldering pile of 9/11 when he addressed a rowdy and patriotic group of heroes. First-responders, volunteers, and construction workers heard from the President who came to them that day on the “pile.”  In our darkest moment, President Bush gave a short, 2-minute speech, meant for that small gathering.  He uttered these famous words:

Thousands of Americans died in numerous countries.  Hundreds of thousands of “civilians” died in those countries. In May of 2011, nine and one-half years later, Bin Laden got the bullet he deserved in yet another amazing military operation by America’s finest. Still, his army lives.

Since 9/11, Presidents have come and gone.  Yes, Bin Laden is dead.  However, radical Islam is on the march in dozens of countries.  One of our “allies,” Saudi Arabia, is its chief sponsor and exporter.  An American President sent billions in cash to Iran, the epicenter of radical Islam.  He put them on a path to nuclear weapons.

We surrendered Afghanistan and turned both Iraq and Syria over to the enemy.  We used US air-power to take down a dictator in Libya.  I so doing, we became Al Qaeda’s air force, securing a win for radical Islam.  They thanked us by murdering our ambassador on the 9/11 anniversary … five years ago.

We came within an eye-lash of losing Egypt to radical Islam.  When American trained, Egyptian Generals took it back, we shelved the “Arab Spring” and pushed an ally away.

Across Western Europe, open migration is pouring radical Islam into our ally countries, exporting terror and undermining western civilization. Radical Islam is fighting on the streets of France. They are in Spain, Germany, England, and numerous other countries.  They are growing, planning, and attacking targets of opportunity. All this has happened since this day.  What has not happened is that America has not won this war.

We are losing this war … in EVERY. POSSIBLE. WAY.

We are fighting an evil, insidious, death-cult that has hijacked a religion and made it their own.  Those who practice the religion of peace are either being forced to get on board with jihad, or be executed like the rest of us infidels.

We are losing a world war against radical Islam, whose primary army consists of dedicated, fanatical, goat-herding, 11th century knuckle-draggers.  They take time off from killing infidels to marry child brides, groom pre-pubescent boys for sex, and then throw gays off buildings.

Americans don’t get it.

While social media feeds a war on our own President, and the left fuels racial division, radical Islam is marching across the globe, laughing at us as they rape, torture, murder, and behead us.

Radical Islam heard we couldn’t finish the job.  They heard we care more about civilian losses than military victory.  They heard our wars are fought for political reasons, and that when we bleed, American politicians are quitters. They heard we don’t have the stomach to fight to total victory.

Do you know why radical Islam is spreading across the globe?  It’s because it is winning.  Humanity’s base instinct is to follow a winner.

America has never been weaker than it is now, not since our pre-WW I days.  We are not respected by our allies or feared by our enemies. Why? The world hates a weak, loser.

On December 7, 1941, a real army, fueled by religious fanaticism and a society honor bound to die for its cause, attacked America.  Less than four years later, that war was over, and the enemy surrendered unconditionally.  We drove them from the Islands they took, we fired bombed their cities, and ultimately, we dropped atomic bombs on their city centers.  That was total victory.

American’s military has a million times the muscle it had then.  Our American military men and women are not the problem here.  It’s us.  What America lacks … is will.  It lacks leadership.  It lacks principle.  Its people lack resolve, unity, and decency.  That’s why we refuse to win.

We could end this war tomorrow afternoon.  We just need to let lose our righteous justice. The establishment and the deep state prosper from this on-going conflict.  The world suffers, and Americans die. Meanwhile, the war continues.

We have done this before, and we did it the right way.  We could have won World War II the hard way too. We could have invaded mainland Japan.  It might have save civilian Japanese lives.  It would have kept the nuclear genie in the bottle for a few more years.  It also might have cost a million allied lives, and tens of millions in a generation lost to an unnecessary battle.

Thank God almighty we dropped those atomic bombs on city centers.  Thank God almighty that principled people from both parties didn’t give one god-damn how many enemies they had to kill to win the war and save America.

That’s when we put America first.

We must fight to total victory.

Our enemies must know they will die, and if necessary, all of them will die.  Their friends, families, cheerleaders, financiers, silent supporters, and those who failed to step up and stop them must know America has the resolve to defeat and kill them if we must.

We never buried our dead after 9/11.  The enemy buried them for us.  In each attack site, they reduced our dead to dust or unidentifiable parts. Sixteen years later, the army of radical Islam is still killing people … and our people are still dead.

Mourn all you like. Reminisce. Pray. Cry.  Get through the day.

If you do nothing else on 9/11, however, find the courage to demand that America win this war.  Demand that we do it unapologetically … not merely for justice or retribution … but to save western civilization, liberty, and ultimately, 10’s of millions of lives.

Before President Bush grabbed the bullhorn and mounted the pile for his famous speech, an American hero rose from his airplane seat. He knew he faced certain death.  He knew if he didn’t act, many others would die.

Before he fought to the death with his fellow fliers on flight 93, he said these final words:

Make no mistake; Todd Beamer, citizen … airplane passenger … non-warrior  … he did the job American politicians refuse to do. He gave all.

It’s 16 years later on humanity’s calendar … but my outrage is as fresh as it was that bright clear, disastrous morning.  Todd Beamer called us to battle.  He died to save others.  President Bush swore those who knocked those buildings down would hear from us.  Some did, most were not impressed.