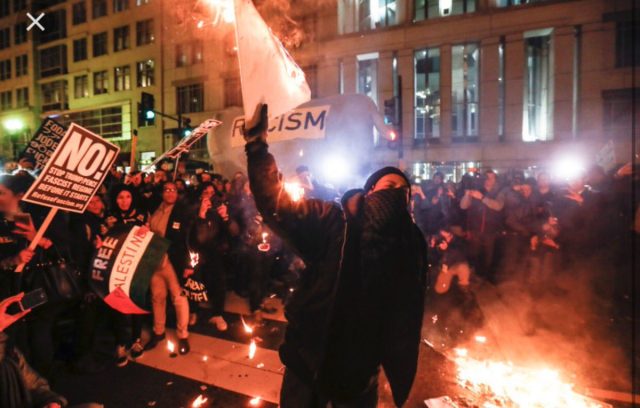 The altleft is not dragging down President Trump.  They are propping him up.  How ironic.

Who are the Altleft?  They are these guys: 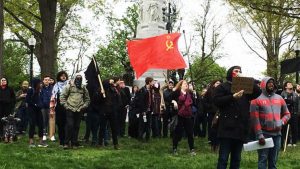 Some media outlets have become “woke” to the term altleft or alt-left.  Others have not, and still some outlets and personalities have declared the term fake.

Debunking the idea of the 'alt-left'https://t.co/amH0hcCTON

The media now say the altleft is not a real thing, it’s just an insult.  Well, I agree the term “altleft” is an insult, and one I personally helped to fashion and push. That doesn’t mean it is not a “thing.”

It’s a label, and it emerges as the counter to alt-right.  Altleft radicals are just that … radicals.  They are on the far-left of the political spectrum, but their movement knows no legitimacy.  It has not real philosophy of governance, it derives no public support or respect from decent people, institutions, or structures.

The altleft are anarchists and anti-Americans.  That’s their own take.

Let's get one thing clear. Antifa is an Anarcho-Communist cause. Those on the left who call us "patriots", step the FUCK away. #BostonResist pic.twitter.com/fXV3mgK45j

One reason why I pushed hard for this definition is not simply to insult these people, but rather to draw a sharp distinction between people who consider themselves liberals or progressives, and on the “left,” as opposed to these radicals who are redefining “Left.”  Ironically, “Altleft” provides separation as a distinguishing term from responsible lefties.  As used, the term “alt” now properly warns readers and listeners that we are not talking about serious people with different views on public policy, we are talking about haters, radicals, screwballs, and anti-Americans.

Still, the altleft is playing a critical role in our current political upheaval.  Because few people recognize who they are, the altleft has been both doing the dirty work of the democrats and purposely conflating themselves with regular democrats.  As I pointed out long ago, the altleft is creating rallies, events, and controversies designed to suck in decent people and use them as props for their agenda.  I addressed this in my piece, “Rubes for Radicals.”  Without the mainstream media “labeling” or focusing on them, their radicalism only shows up at riots, where their violence is excused as righteous anger.

The media may be ignoring or denying them, but regular Americans can spot unpatriotic, American hating thugs a mile away.  The more they act out, the more the altleft helps Trump.

I know a lot of people … and the overwhelming majority of them who voted for Trump were “reluctant Trump voters.”    Most of them still are decidedly not Trump supporters, but they are now “reluctant Trump defenders.”

These are teachers, former federal law enforcement, healthcare professionals, lawyers, marketers, and on and on.  They don’t live in flyover country, and they are not poor or uneducated.  They live in the wealthiest county in America, and they are firmly in the top 5-15% of the income tax brackets.  The only 1% percenter I personally know is a Hillary fan.

At a dinner recently, I held my own town hall discussion on Trump.

It was uproariously loud, passionate, funny, and frustrating.  Every person at the table was a Trump critic, but not one of them thought the Russian collusion story was real, and not one of them think Trump is a racist or supporter of white supremacist.  Why would they: 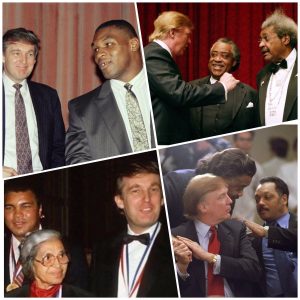 Most people think Trump is an arrogant, under-informed, 70 something billionaire who loves his country, but who is ill-equipped to be President or to act Presidential. With this sentiment, I have long agreed.

The real, explicitly stated sentiment at the table was this:

“Trump is screwing up, but the way he is treated by the media and the crazies, make me want to support him.”

In fact, everyone there agreed, “we can’t even watch the ‘news’ at all anymore.”  Everyone thought Trump mishandled the Charlottesville riot, but everyone at the table agreed there was more than one side of hate, anger, and violence at the battle of Charlottesville that day.  They were dead right.

In fact, we have all seen the video, the signs, the chants, the fights, and the attacks, and not one of the people there could understand why the entire truth seemed to be whitewashed by traditional mainstream media sources. 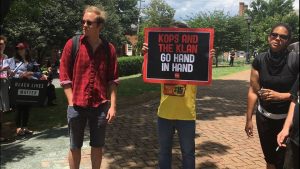 No one at our table knew, either, that the Mayor of Charlottesville had declared the City the capital of the resistance in January, and not one person other than me knew of the racist history of the Vice-Mayor.

Of course, my dinner compadres are not a scientific sample.  They are, however, a cross-section of people most would never consider Trump voters or supporters.  As one put it best, “many people voted against Hillary, but they also voted against a system that everyone knows is for both parties and not the people.”

My dinner companions don’t want anything to do with the altleft radicals.  They want the police to handle them and politicians of both parties to denounce the crazies.

No one I know of who wasn’t a Hillary Clinton supporter and virulent anti-Trump liberal before the election thinks impeachment is right or proper.  The group all agreed that without a serious, significant, undisputed crime, in which 90% of Americans agreed, impeachment and removal would trigger some form of violence or civil war.   They are right.

The unanimous consensus at the table was that Trump succeeding would be better for all Americans, but that if Trump continues to perform as he has, the proper removal is through election.  Not one person at the table would commit to voting for Trump again.  Moreover, everyone there agreed that their vote for Trump was a vote against Hillary.

Mostly, the dinner tabled agreed on one clear set of principles: protests, riots, flag burning, racism, hate, violence, and anti-Americanism are all helping Trump … not just with people who adore and follow him blindly, but with people like them who are now forced to support him reluctantly.

The altleft is real … and it’s really helping Trump in the war on Trump.