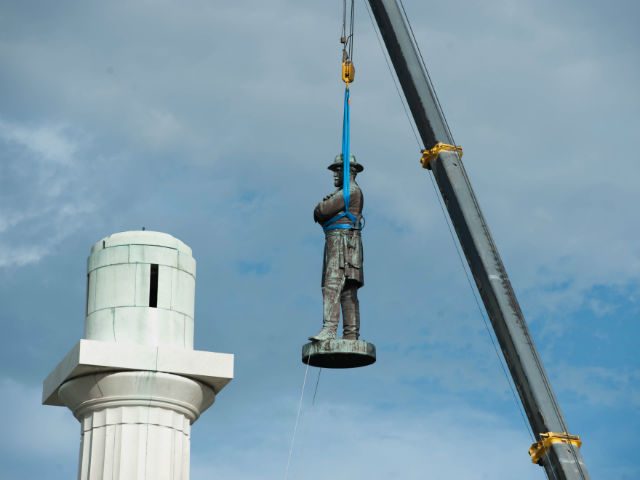 In 1862 Democrat General Robert E. Lee had pulled off a string of unexpected victories and planned to deliver a surprise blow to the demoralized Federal force guarding Washington D.C.  Lee’s victory plan was scribed into “Secret Order 191” an audacious move to cut off, isolate and jettison union troops from their strategic lines.  But, in what has been described as a “freakish find”, a copy of Lee’s Secret Order 191 was carelessly left in a field and routed to Gen. George McClellan who surprisingly declared ‘Now I know what to do!‘  Historians say the discovery changed history as Union leaders checked Lee’s advances and won the Battle of Antietam.

Some claim this ‘Coalition Battle Plan’ will spell the party’s demise – especially after significant election losses – but far left leaders not only continue to “jettison” whites, they’ve escalated their race-centered grievances so as to tar-and-feather their one-time Caucasian base on the way out.

These Progressive “Generals” claim they will ‘no longer be the playground for Democratic good old boy’s networks;’ pledged more “direct action” and threatened the remaining beleaguered party “whites” to simply ‘keep their mouths shut.’ These out-with-the-old objectives are no better embodied than in deputy chair Keith Ellison’s associate campaigns in vociferously denouncing and removing Confederate icons.  Thus, a high-profile eradication of these once-heroic Democrat Confederates would convey the party of slavery has finally distanced itself from its ugly past although some experts disagree . More importantly, a high-profile removal campaign could harness the power of “Virtue Signaling” thus attracting more minority voters – a ‘Coalition Battle Plan’ imperative.

Recently New Orleans Mayor Mitch Landrieu – who holds a major in theatre – delivered a “Confederate Eradication” speech which the Chicago Tribune covered effervescently claiming: “Landrieu, who is white, gave one of the great modern speeches on history and race in America.”  In it, Landrieu unveiled his party’s rhetorical blueprint while adroitly dodging the elephant in the room… that the newly maligned Confederates are all from his party – a fact he never touched on. Landrieu instead blissfully labeled his party’s Civil War leaders “white supremacists” who “fought to destroy the country” and “subjugate our fellow Americans to slavery.” While historians question Landrieu’s emotional claims, the million dollar question is, “Did his political cannibalization attract minority voters?”

Well, Louisiana State University polling probably delivered a shock in revealing that a majority of African Americans disagreed with Landrieu’s eradication. Moreover among whites, only eight percent agreed with the “white” mayor’s decision. Similarly in Charlottesville, Va. 87% of those polled disagreed with their Democrat-centric city council to remove the statue of Robert E. Lee in a city 20% African American. While statue removal has garnered much attention, Confederate named schools have also fallen victim to the Progressive ‘Coalition Battle Plan’ throughout the south.

In Virginia, for example, J.E.B Stuart High School is currently under “name change” attack by the NAACP, Black Lives Matter and by Progressive operatives. And while the community has overwhelmingly rejected the idea of a name change more than once, the campaign has dragged on for two years.  Notably though, it’s the African American population at J.E.B. Stuart High School which has reacted quite negatively to the hyperbolic race-themed campaign.  Compared to “pre-attack” years, Black students – not White – have reacted to the negative rhetoric by avoiding the campaign designed to attract minority voters; they’re skipping school and dropping out in record numbers amongst other “campaign” inspired troubles.

Finally, in what could be seen as continuing ‘Coalition Battle Plan’ disasters – national Black voter turnout in 2016 dropped by 7% while Virginia’s recent Gubernatorial primary demonstrated that an outspent candidate closed a 20-point polling gap by addressing the Progressive’s “Confederate” issue with respect and historical – not hysterical – accuracy.  Armed with this data leaders in Tampa, Fla. and Richmond Va. abandoned Landrieu’s “scorched earth” campaign and instead opted into a viable solution in keeping their Confederate monuments by simply adding critical perspective so as to avoid what historians call the bias of presentism.

As the cannibalistic political battle continues it’s important to remember that wise men warn those who do not learn from history are bound to repeat it. Thus, Landrieu’s eradication strategy began by claiming, “We can’t wait any longer. We need to change. And we need to change now,” and concluded recently: “In this political climate, we mayors must fight to occupy the radical center where idealism meets reality…”  Likewise, Antietam soldiers – filled with their general’s assurances – reached a state of “…near hysterical excitement, eagerness to go forward, and a reckless disregard for life, of everything but victory,”  but concluded by producing record casualties and forced a retreat.

Reflecting on the party’s losses, the once-hopeful Edsall – years after articulating the “Coalition Battle Plan” – recently lamented “The Democratic Party Is in Worse Shape Than You Thought”.  And while the Confederacy held on long after any hope of victory was diminished, one wonders if the Progressive left’s aggressive shift to Identity Politics as it did in 1861 instead of those ideals connected to E Pluribus Unum will cost the party of Andrew Jackson not just their 2018 mid-term battle, but their entire political war.

Andre Billeaudeaux is a retired military journalist and analyst. He is currently a homeland security felllow while concurrently serving as the Executive Director of the Native American Guardians Association focusing on First Amendment rights for American Indians.