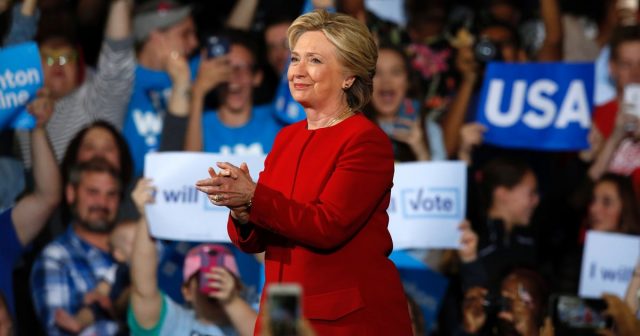 On November 9, 2016, Hillary Clinton said, “Donald Trump is going to be our President.  We owe him and open mind and a chance to lead.”   He has received neither from half of the country, nor Mrs. Clinton.  Indeed, Mrs. Clinton’s carefully scripted remarks gave way quickly to an organized #resistance against Trump, led by her team, her party, and her press.  America is a full sprint to Balkanization and possibly armed conflict.  Our political divorce is already final.  Only Hillary Clinton, ironically, can unite our people … that’s if she persisted.

Like the majority of Americans, our President is not the candidate I would have picked.  In fact, most Americans didn’t even choose to vote.  Essentially, among all Americans old enough to vote, both candidates lost, roughly 74.5 to 25.5, if you include no votes together with votes for the other candidate.  That’s really quite amazing.

The night after Trump won, something happened in this country that has never happened in modern history.  The losing team got together and planned, plotted, and set in motion an organized campaign to delegitimize the President, attack him and his voters, and essentially work to undue an American election.

The civil war began within 24 hours of Clinton’s loss.

Riots, looting, flag-burning, protests, and a deep state rebellion took hold in this country.   All of it is the direct and proximate result of a campaign that anti-Americans call, the #resistance.  It’s a War on Trump.   Really, far more accurately, it’s a war on the Americans who voted for Trump, and on our structure and system of democracy.  The civil war generals are running a thorough campaign, and for sure, they are using, misleading, and agitating a great number of disappointed partisans.  These radicals know what they are doing.

The new American civil war includes both the Administrative deep-state and the judiciary.  In fact, Trump’s entire presidency has been under a legal cloud of suspicion concocted by a dubious spying campaign by the former President, fueled by an angry, anti-Trump media, and predicated on a legal investigation that apparently does not include the President.

Because President Trump is irredeemably incapable of taking advice, he is himself an unwitting contributor to the goals of those aligned against him.  He simply does not have the judgment, experience, or organization to fight back.  Likewise, he doesn’t even understand how critical some roles in the government are to help him fight back.

In the end, Trump must learn to lead or he will certainly be a one term President.  In fact, should he lose the House and Senate in 2018, Congress could impeach him in a highly political trial, though that is unlikely.

The discord in this country is at a fever pitch.  There is no trusted media source.  There are no objective facts.  There is no United States of America.  We have devolved into political tribalism, with each “side” scrupulously and unscrupulously trying to destroy the other in order to gain effective control over the country.  It’s an American disaster.  Unfortunately, most politicians and partisans are only considering how events work for or against their respective side.

America needs a leader … and that leader must lead by example, rather than words.

In an ideal world, that leader would be the President.  Each and every day, I work to push this President to be the leader of this country … all of it.  And when he is foolish, which, on nearly every #Confefe day, he is, I call him out.  However, while he has our charge to lead, unite us he cannot.

Here’s the critical point …. If President Trump turned into Bill Clinton and Barack Obama overnight, he would not pick up one single supporter from the other side.  He might rally some moderate republicans, and he might appease some independents, but he will never unite the country because of the #resistance and the war on Trump.

Hillary Clinton always wanted to lead this country … now she has a chance to do so.

What if Mrs. Clinton merely lived up to the words someone wrote and made her read in her concession speech?  Could Mrs. Clinton finally have her moment?  Mrs. Clinton is going to run again … be sure of it.  Will she run as a war-time president in our second civil war, or will she run as the unifying force that put country over party.

Mrs. Clinton hasn’t gotten much right in her various Presidential campaigns.  She’s not a conservative, and accordingly could never earn my vote.  However, if she just stood up for America, instead of her party, she would find the adoration she so desperately desires and the respect she has never commanded.

Maybe if Hillary Clinton led the #unity campaign instead of the #resistance struggle … and maybe if she really #persisted in doing so, she could save her political aspirations while actually saving her country.

We know who won the election among these deeply flawed candidates.  Now, who will unite this country?  My bet is neither one of them will even try.  However, the shattered woman, Mrs. Clinton, stands in the best position to do so.

Mr. Trump is the President, Mrs. Clinton, and we do owe him an open mind and an opportunity to lead.

Only One Person Is to Blame for Bergdahl Going Free: Donald...