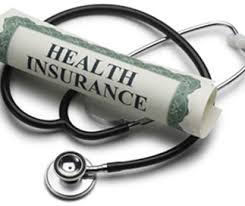 The greatest lie every foisted on the American people is that we have a free-market healthcare system.  We don’t.  We have a government mandated multi-payer system that bears no relationship to insurance.  We have neither a free market system in healthcare nor in the health insurance market. The only people who have a free market system in healthcare are those who buy healthcare treatments directly from a physician or provide out of their own pocket.  That’s as close as we get to free market.  The rest of us are part of socialist rationing scheme.  The government controls us through regulation, mandates, and price controls.  It’s a redistribution scheme that we euphemistically call … insurance.

Insurance is a contract you purchase with a company that determines, based on the type of insurance you want, the risk that they will ultimately have to pay out to you.  Once the insurance company determines what risk you present, it decides if to cover you or your goods and at what price.  The idea is that you have “insurance” should a need ever arise.

You might have home-owners insurance.  You almost certainly have car insurance.  Likewise, you may even have life insurance.   All of these types of insurance make an evaluation based specifically on you, and then an actuary assigns a premium to your specific risk.  With insurance, you may never need the coverage, and you may never actually file a claim.

When you do file a claim, your insurance goes through the roof, because you are now a proven risk.

Ironically, the one “insurance” that has a triggering event that is most certain, is “life insurance.”  If there is one thing we all know, it is that no one gets out of here alive.  However, even with life insurance, nearly all of those large policies insure risk for premature death.  As we age and get sicker, you really cannot get any true, large life insurance policy as the premium would be an absurdity.  Life insurance, in that sense, is hedge against dying early, not dying.

In short, companies design insurance as a hedge against a catastrophic event that might, but won’t necessarily come to fruition.  Some people never get in a car accident.  Some people never file a homeowner’s claim.  And yes, while we all die, no one carries any substantive life insurance policy at an advanced age because insurance companies know for sure you will die.

Then …there is what we call … health insurance.  Some might call this insurance, and you might have an “insurance” company that issues an “insurance” card, but this system is not at all like any other known insurance.  In fact, the only component of it that ever had any relationship to real “insurance” was the pre-existing condition clause.   That clause was the only risk analysis a healthcare insurer did on YOU.

If you have car insurance, the insurer bases rates on your age, your vehicle value, driving habits, school grades, gender, area in which you live, and miles that you drive.  Insurers also base your premium on a host of collective data about those facts and the groups to which you belong … like an age bracket … as well as the risks specific to you.  If you are a 21 year-old high school drop-out with multiple speeding tickets, a DUI, three accidents, you drive a Mustang 5.0 GT, and you live in Northern New Jersey, your insurance premium will be quite high.  Indeed, your car insurance will be  much higher than a 43 year-old married woman driving a Volvo, with a perfect driving record, living in the mid-west.  Why?  You are a much bigger risk.

None of this applies to health insurance, particularly now that the government eliminated pre-existing condition clauses by mandate.  In fact, whether you weigh 300 pounds and have heart disease, diabetes, high blood pressure, and are 53 years old plays no role in your insurance premium.  The government forces insurance companies to treat you and the guy with 6% body fat eating kale and running 6 miles every morning at 5:00 am the same way in your healthcare “insurance.”

You want to know why this system doesn’t work, and it costs a ton of money …. It is because this is not health insurance.  This is a complicated multi-payer system that fraudulently uses the term “insurance” to hide a government mandated health-payer system that redistributes costs from the wealthy and healthy to the poor and unhealthy.  It makes no account of all for risk or personal behavior.  Health insurance has none of the indicia of a contract insurance system.

Moreover, this “insurance” isn’t an economic hedge and private contract that apportions risk with the full knowledge that an end-user might never use the policy.  In fact, those with “health insurance” use it all the time, because using the services in theory has no effect on the cost to the end user.  In reality, the over-consumption of services and the disconnection of user risk and service provider from individual cost is the very reason prices are spiraling like mad for everyone who actually pays.

Here’s another reality.  Not every insured is paying into the system and contributing for any risk, let alone their specific risk.  In real insurance, companies do pool all premiums and if someone needs a payout, they make it on the contract terms using all the money collected to assign risk.  In health insurance, they do the same, except the government also requires some Americans to both pay for their premiums and to subsidize and pay the premiums of others.

Are you paying the actual insurance premium to insure your neighbor’s house?  Of course are not doing that.

I don’t think government has a role in the healthcare system.  It certainly shouldn’t be picking winners and losers, manipulating the market, creating price controls, mandates, and contractual regulations.  However, if Americans think they want a national or state healthcare system that is “multi-payer” or “single-payer,” they have a right to try to force that system upon their fellow citizens.  We ought to reject it.

The system we have now, however, is NOT a private healthcare insurance system.  It is not free market.  It is a bad knock-off of a single payer system that is really a multi-payer health system.  There is quite literally nothing about this system that resembles “insurance.”

We have a system where people use the money of others to get healthcare they know they are going to need and use.  Their risk is not individually calculated, and what they pay has nothing to do with free markets or the risk they represent to use the services.  Call it what you want, but we need to be honest.  It is not health insurance.  It is cost redistribution organized and run by the government … which is why it works so poorly.