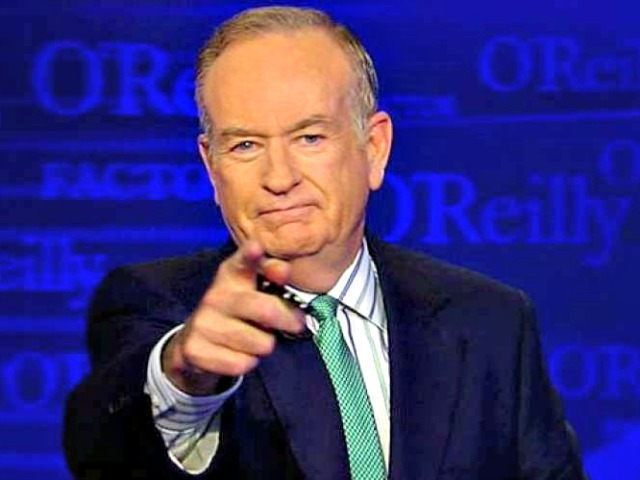 And that’s how it had to be.

Caution – You’re about to enter a No-Spin Zone.

Let’s start by acknowledging that Bill O’Reilly has been a force of nature within the world of journalism, and nothing will ever change the impact he’s had. His adherence to truth and principle against all comers led him to the top of his game, but those same standards have now led to his own downfall.

After winning Emmy Awards for his work as a local journalist, Bill O’Reilly was hired as a correspondent for CBS News. From there he went to work for ABC News, becoming the producer of Inside Edition. He left ABC to earn his master’s degree in public administration from Harvard University, after which he was hired by Roger Ailes to host his own program on the new Fox News Network.

O’Reilly hosted The O’Reilly Factor on FNC for 15 years, and for most of that time it was the highest-rated news program of any cable news channel. O’Reilly characterized his program as a “No-Spin Zone,” and indeed he showed no tolerance for guests who would posture or try to be evasive. He asked tough questions and insisted that his guests answer the specific questions asked without changing the subject or reciting talking points. He would never accept anything but the truth (as he saw it).

It was this style of non-nonsense journalism that made him a legend.

O’Reilly also never shied away from offering his own views and opinions, and he was consistently true to those principles. He would open every episode with a segment called “Talking Points” in which he would give his thoughts on some pressing issue of the day, and he was never shy about interjecting his own ideas into his interviews (interrogations) of guests.

In so doing, O’Reilly became controversial and sometimes polarizing. Although he was generally characterized as a “conservative,” I believe that term was too simplistic to capture his ideology. From my observations, O’Reilly’s views were strongly informed by his Catholic faith. Thus, although he was conservative on many issues, he differed from mainstream conservatism in his opposition to capital punishment, his support for various forms of public assistance programs, and other issues on which Catholic teachings differ with mainstream conservative principles. I don’t recall ever hearing him identify himself as either a Republican or a conservative.

What set O’Reilly apart from most other journalists was the unwavering integrity that he displayed on his show and demanded from his guests. He stood by his principles even when they were unpopular. He went after celebrities who endorsed charities that ended up being scams. He insisted on truth, and he preached good character. And by all appearances, he personally lived up to his own standards, which gave him a rare credibility that kept millions of loyal viewers coming back night after night for years on end.

And then, a couple of weeks ago, the news broke that on numerous occasions over the past few years he had been accused by co-workers of sexual harassment. Furthermore, he had paid out at least $15 million – almost a year’s salary – to those accusers to keep them quiet and avoid being sued.

He responded by telling his viewers that he is a natural target for these kinds of claims due to his high profile, reassuring them that the claims lacked merit. But the stories continued to break of ever more accusations that had been made against him and of millions more dollars that he paid the accusers in hush money.

O’Reilly’s loyal supporters stuck with him, arguing that he’s innocent until proven guilty. Indeed, they circled the wagons to the point of giving him his highest ratings ever.

Well, as far as the law is concerned they’re right about him being entitled to a presumption of innocence. No suits have been filed against him, no evidence has been presented in a court of law, and no findings of guilt have been entered by any courts. So, at this point, there’s no basis to convict him of any crime or to award any of his accusers any civil damages.

But that doesn’t mean that reasonable people can’t form reasonable opinions and conclusions based on the evidence that has been made public. And it is an established fact that he paid off his accusers with millions of dollars – far more than any rational person would pay just to avoid the nuisance of dealing with false accusations.

Bill O’Reilly made a career out of holding himself out as a paragon of truth and integrity and holding everyone else in public life to the same standards. This same man paid off numerous accusers with millions of dollars. If the claims were false, would such a man capitulate and reward the accusers so generously, or would he adhere to his principles and fight the claims so as to protect his reputation and avoid the injustice of rewarding people who were defaming him?

One of two things has to be true: Bill O’Reilly either committed the acts of sexual harassment of which he is accused, or he betrayed the commitment to truth and justice that is the cornerstone of his appeal to his loyal viewers.

Either way, his credibility is shot, and he had to go.

And that’s no spin.