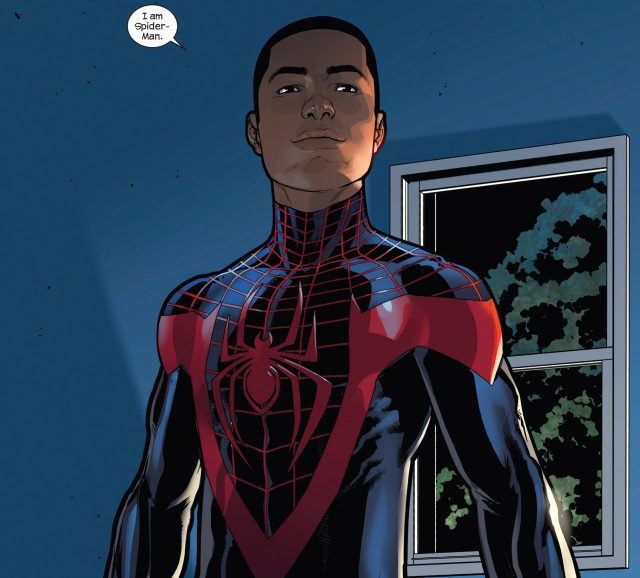 I’m convinced that most white conservatives, including myself, don’t truly understand racial minorities.

This is not to say that conservatives are in any way racist (left-wing/news-media stereotypes notwithstanding). To the contrary, the vast majority of conservatives find racism abhorrent.

Indeed, conservatives are, by definition, individualists who find the very idea of judging a person by his collective, whether racial, religious, ethnic, or whatever, to be repugnant.

Racism is the act of defining people by their race rather than as individuals on their individual merits. Racism, properly defined, violates the core principles and values of modern conservatism.

In fact, there are far more racists on the left than on the right because racism is cooked into the collectivist ideology at the core of leftism. (But that’s a subject for another day.)

What I mean to say is that because conservatives are individualists, we are so intent at looking at people as individuals that we often disregard, or fail even to recognize, that racial minorities in our country actually do face a different reality than those of us in the racial majority.

I first became sensitive to this subject about a year ago. I was talking with some black conservative friends who told me that they encounter racism far more often than we’d imagine. These were not liberals who see themselves as victims. Not one of these friends had a victim mindset. So, as a conservative I found them to be credible in a way that I have never found liberals to be, and intellectual honesty demanded that I take their claims seriously.

Black Americans (and other racial minorities) do, in fact, live in a different America than white people do. Although we have diligently and properly scrubbed racially discriminatory laws from our books at all levels of government, racial minorities still face suspicion and discrimination in our society.

I see this more as a product of people wanting to stay in their comfort zones than of overt racism. People naturally want to associate with people who are similar to themselves. Developing relationships with people from different backgrounds and demographics requires effort and risk. Most people are risk-averse.

Because it is easier to stay in our comfort zones, few of us make the effort to try to see the world from the perspective of people from different backgrounds and of different demographics.

It’s easier for conservatives to say that race doesn’t matter because we only see people based on their individual merits than it is to admit that race still does matter in the daily lives of racial minorities and to try to understand this disparity.

I am not saying that we should return to factoring race into our public policies. I continue to oppose racial preferences and quotas – and so do most of my black friends who helped me to start understanding their realities.

I’m simply saying that it’s easy for those of us who have never had to live a life as a racial minority to insulate ourselves from those experiences. The best way to heal the racial divide that started with slavery, continued through Jim Crow, and remains inflamed by leftists, their Democratic Party, and their loyal news media, is to try to see things through the other person’s eyes.

Over the past year, I have been trying, imperfectly, to do so.

A few days ago I was walking around Busch Gardens with my kids, and I noticed that everywhere I looked kids were wearing superhero-themed t-shirts and costumes.

What struck me was the large number of black, Hispanic, and other non-white kids who were wearing those shirts and costumes. I’m not sure that was the case a couple of decades ago.

As a comic book nerd, I have been critical of the trend in recent years to replace the identities of classic characters like Green Lantern, The Atom, Spider-Man, Captain America, and Nick Fury with new characters who are racial minorities. “Why can’t they just create new characters instead of messing with the classics?” I would ask.

As I walked around Busch Gardens I came to understand. Spider-Man, Captain America, and Green Lantern are not just classic characters. They are iconic. They are characters that everyone knows and whom kids want to be.

I was a big comic book nerd as a kid (and remain one to this day). My favorite character was Green Lantern, and I wanted a ring just like his so I could be a hero like him.

That kind of fantasy association was easy for a kid like me because all of the iconic superheroes were white: Superman, Batman, Wonder Woman, Aquaman, Green Lantern, Flash, Spider-Man, all four of the Fantastic Four, the Hulk, Captain America, Iron Man, Dr. Strange, Thor, all five members of the original X-Men and on and on and on were all white.

And of course they were. All of these characters were created in the 1930s through the 1960s, when popular culture was not yet enlightened enough to include prominent non-white characters, and certainly not any non-white heroes.

Today’s society is indeed more enlightened, and our popular culture has embraced the idea of including people of all races in our entertainment media. But can we really expect black kids to be inspired and have their imaginations stirred by B-class characters like Black Lightening, Black Panther, and Black Goliath – characters that all were obviously created to appeal specifically and almost exclusively to them?

Maybe to some extent, but what really inspires kids are characters who are universally embraced throughout our entire society. It’s not just white kids who grew up loving Superman, Batman, and Spider-Man. But it was only white kids who could truly identify with them. None of those characters had a shared experience with black, Hispanic, or Asian kids.

So, yes, I have now concluded that it is time to revamp some of our iconic characters to include racial minorities.

The new Spider-Man, Miles Morales, is half-black and half-Hispanic. This character has been so well developed that he is beloved by kids across the board. But black and Hispanic kids can identify with him in a way that most white kids can’t. Having a character like that gives all kids the shared experience of identifying personally with iconic characters that inspire them and stir their imaginations.

Please don’t infer any smugness from this column. I don’t claim a greater enlightenment or any moral superiority over any of my fellow conservatives.

My point is simply that thanks to the insights offered to me by some black conservative friends, I am more aware of the realities faced by people from backgrounds different from my own that I hadn’t previously really appreciated. I urge my fellow conservatives to make the effort to explore these other realities as well.