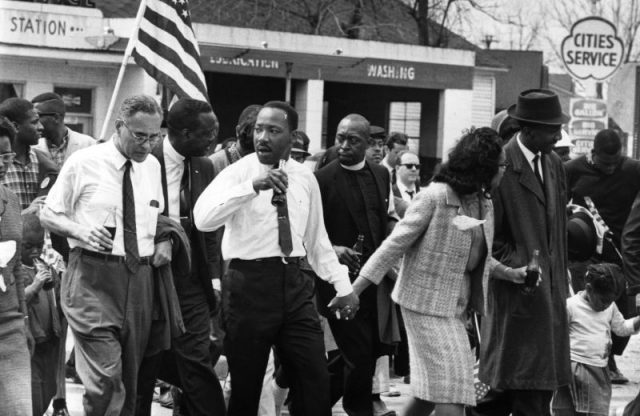 Today’s liberals are jealous of liberal heroes past.  They want to be heroes too.

They yearn for a cause as great as the abolition of slavery, women’s suffrage, civil rights for oppressed minorities, equalizing employment and electoral opportunities for women, and achieving marriage equality for same-sex couples.

In today’s America, of course, there is no slavery. No one alive today has ever experienced slavery in America or knows anyone who has. Women have had the right to vote for nearly a century and are fully accepted as a regular part of our workforce and our politics. Racial, religious, and ethnic minorities are vigorously protected from discrimination in both the public and private sectors. More recently, gay Americans received those same long-overdue protections under the law, and our society across the political spectrum was quick to embrace this development.

As a result of the hard and courageous work of these great men and women and the people who fought alongside them, all Americans now enjoy protections and guarantees of all of their civil rights.

Having achieved such commendable success, one would think liberals would declare victory. Unfortunately, most liberals don’t even recognize that they achieved any progress at all.

Classic liberalism was about freedom and equality. Modern liberalism is about ego and emotion.

Today’s liberals can’t acknowledge the tremendous accomplishments of their own movement because to do so would deny them the opportunity to be heroic too. For today’s liberals, it’s no longer about the cause. It’s about their egos.

So, today’s liberals pretend that women are still oppressed, and they hold a “Women’s March on Washington” and a “Day Without Women” without ever actually articulating any specific grievances or objectives.

Today’s liberals accuse the Republicans of trying to suppress civil rights without ever actually specifying which rights we supposedly want to suppress, why we want to suppress them, or any actual policies we have proposed to do so.

Today’s liberals compare the Republicans with the Nazis and the Ku Klux Klan without ever articulating a single fact that shows even the slightest commonality of interest between fascist and racist thugs and a party that is rooted in limited government and that since its foundation liberated the slaves, gave women the vote, voted in higher percentages than the Democrats in Congress for the seminal civil rights bills of the 1960s, created and passed into law a national holiday honoring Marting Luther King, Jr., appointed the first female Supreme Court Justice, signed into law the Americans with Disabilities Act, and appointed the Supreme Court Justice who authored the opinion guaranteeing marriage equality for gay couples based on the convincing arguments presented by a former Republican solicitor general

Yet today’s liberals call themselves the “resistance” to the Republicans, as if the Republicans were operating a police state that required an underground resistance movement consisting of people courageously risking their lives to oppose us.

Are there still ways that we can improve ourselves as a nation and as a people? Of course. There always will be for a society consisting of imperfect beings such as ourselves.

But overall, we have done more than any other country in history to enlighten ourselves and to guarantee the fundamental human rights of all of our citizens. That happened largely because of the hard and courageous work of liberals at a time when those rights were being denied to entire segments of our population.

Those days are behind us. Today’s liberals are fighting battles that have already been won. But the cause no longer matters. They want to be heroes too.