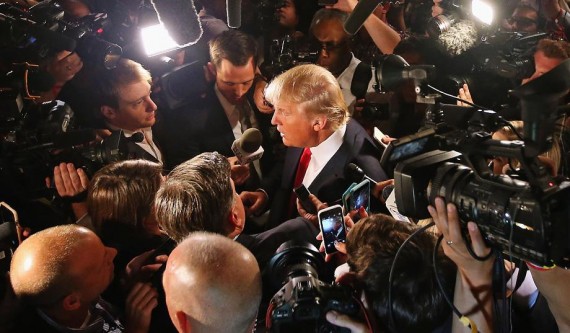 If you are a serious person interested in good government, no matter what your ideology or party preference might be, you are being played.

See, for example, the contrived “scandal” concocted last week by the establishment news media in conjunction with their Democrat allies about Attorney General Jeff Sessions.

There was no new information, and the information reported did not actually constitute news.  But President Trump had just delivered a game-changing speech before Congress that inspired the country and showed him to be worthy of their confidence.

The partisan Democrat news media could not allow that to stand.

So, enter the New York Times and the Washington Post with their contrived scandal.

During Sessions’ confirmation hearings, he was asked during questioning about his activities on behalf of then-presidential candidate Donald Trump, whether he had been in contact with the Russians.  He said he had had no such communications.

And, in fact, there is not a single shred of evidence that contradicts this testimony when taken in context.

So, the establishment news media, sensing a “gotcha” opportunity against a member of the Trump administration, created a narrative that two meetings Sessions had had last year with the Russian ambassador as a senior member of the Senate Foreign Relations Committee proved him to have committed perjury and maybe even treason.

To any serious person, regardless of ideology, this would not constitute a story worthy of ink on any page.  But to the Democrats’ partisan news media, it was a front-page above-the-fold four-alarm Watergate-level scandal.  And to the Democrats in Washington, it was an opportunity to demand that an attorney general whom they already reviled for his conservative ideology resign.

President Trump has been through all of this before, of course.  In fact, this is the routine treatment given him by the Democrat partisan establishment news media.

So early in his presidential campaign he devised a way to deal with these kinds of attacks by the hostile news media:  He tweets out a message that is so shocking and provocative that the news media, in all of their hate for him, can’t resist swarming to cover it to try to portray him as an idiot.

So, in the wake of the news media’s contrived scandal regarding Jeff Sessions, President Trump sent out one of his patent-pending distract-the-news-media-and-change-the-narrative tweets – this time alleging that former president Barack Obama ordered Trump Tower to be wiretapped during the campaign.

True to form, the news media reflexively swarmed all over it demanding evidence that Trump has thus far been unwilling or unable to provide.  In fact, it’s doubtful that he has any such evidence because proving scandalous conduct by Obama was never Trump’s objective.

He achieved his real objective.  He played both the establishment news media and his own supporters.

So now we’ve got the Democrats screaming for an independent counsel to investigate alleged collaboration between Russia and the Trump campaign based on nothing but unsupported innuendo by the Democrats themselves and their loyal news media.

And we’ve got Republicans screaming for an independent counsel to investigate alleged wiretapping of Trump and his campaign by President Obama and his partisans based on nothing but unsupported innuendo by Mr. Trump himself and some of his own partisans.

What we don’t have is serious news reporting, serious governance, or even a serious public discussion.

We are all being played.

O’Reilly Had To Go, And That’s No Spin