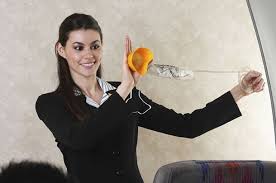 As a parent, the first time you hear the flight attendants tell you to put your emergency oxygen mask on before your children’s; you’re probably a little horrified. We’d all die for our kids—so how can we selfishly take care of ourselves before we attend to them? The answer is, because if you’re dead, you can’t take care of anyone, and conversely, if you can breathe, you can help everyone around you. We must put America first.

The United States of America has been running a little low on oxygen for decades. In this case, the oxygen is money. It’s money that fuels any nation, and whether you find that sentiment disgusting or not, try and find the moral high ground in a third world nation that’s so poor its citizens die lying in filth. Money, while the root of all evil, is also the root of all good.

For decades, the US has been either printing worthless paper money, or borrowing actual currency from countries like China. Imagine what China must think when they loan us money, and we turn around and give it away because we’re so generous. We literally give away money we don’t have. Would you do that? You might be the most generous person in the world. Heck, maybe you’d give someone the literal shirt off your back. But would you borrow a shirt and then give that one away, too? If you did, I’d say your generosity exceeds your actual morality. How can you give away that which you don’t own?

If you’re still reading and wondering where any of this is going, it’s here: The United States of America has been the most generous nation in the history of the world. We’ve supported allies in the face of evil, and given the blood of our bravest and the money from our hardest working. We’ve done it as a nation, and our citizens have done it as individuals. But let’s look at the individual level first. When do you give the most to charity—when you have extra money or when you’re too broke to take care of your own family? If you’re so wonderful that you answered your personal wealth is irrelevant to helping fund others, you’re either full of dung, or irresponsible. If you’re not feeding your own children first, your parenting skills are lacking.

So that brings us to America in 2017. President Trump continues to talk about America First and making America Great Again. Politics aside, this is a real change in tone that reflects a businessman’s attitude. Something we haven’t seen in the White House in too long to remember. Is he really wrong to put Americans first? As he said in his speech, (paraphrasing) he’s the President of the United States, not the World. And everything he will do will put America first.

If Trump is successful in putting Americans back to work in American factories, and rebuilding America’s failing infrastructure (using American Steel, etc.), then he’ll do more than just help Americans “create wealth”. Americans who work and succeed also help each other. A rising tide lifts all boats, and ultimately, if we’re to help around the globe, we have to start at home.

After watching Obama’s Apology Tour, I’m encouraged by what I’ve seen in these first 100 days of President Trump. While brash and full of hyperbole, he is very clear about America’s place in the world. I’ll be the first to admit, I was not a fan of Trump when he was running for office. And truthfully, much of what he says still makes me cringe. (Please stop tweeting, Mr. President.)  But the idea of putting America first, at all times, isn’t “rude.” Every country puts itself first, whether they say it so boldly or not. When the American economy is roaring, and Americans feel optimistic because they see their retirement accounts growing and feel hopeful for their futures, then we’ll be in a better position to help our global community. But charity begins at home, and right now, put your own mask on first.

David M. Salkin is the author of thirteen thrillers, with such publishers as Penguin, Post Hill Press and Permuted Press. He’s the Deputy Mayor of Freehold Township, NJ, where he’s lived his entire life. With 23 years on the governing body, Salkin has served on numerous boards and commissions. Salkin is a member of the Veteran’s Community Alliance, an associate member of the Marine Corps League – Philip A Reynolds Detachment, and continually works to help veterans.