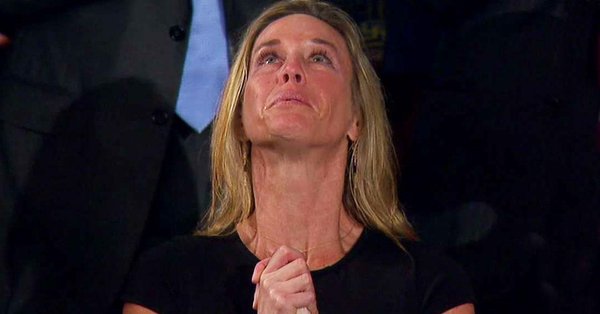 It was an amazing political moment … because it was an authentic human moment. Her husband was an American hero … and tonight … she became the face of American sacrifice.  God bless Mrs. Carryn Owens, wife, friend, and love of American hero Ryan Owens.

These staged moments had become too many and too awkward.  But tonight, in that staged moment, her grief, her love, her respect, and her burden … were laid bare for all of us.  It was raw and real … and it will never be forgotten.

For Mr. Trump, he delivered a speech I didn’t think he could … and in one night … became America’s President.  He needed it, but we needed it more.

In that remarkable moment, Mr. Trump went off script … a space where he often flounders.  That was not to be tonight.  From tears to laughter, he brought Mrs. Owens full circle.

God bless Mrs. Owens, her family, our heroes … and all Americans.