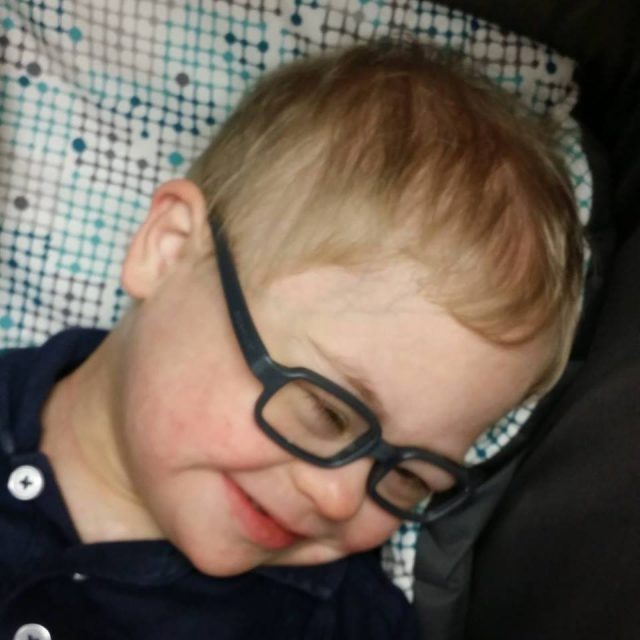 This is my son Josh.  In Iceland, he would have been killed.

Josh has Down syndrome.  He was born with one extra chromosome.  As a result, he looks a little different than most of us, has a lower IQ, and has an innocent smile that could melt the coldest of hearts.

In Iceland, these differences would render Josh unfit to be born. Iceland now brags that they have aborted 100% of babies who have Down syndrome and eradicated Down syndrome from their country.

Seventy-five years ago, the leader of a different country bragged of the same accomplishment, only in that case, the people whose difference from the majority rendered them unfit to live were Jews.

In both cases, the mass murder of those so impure that they had to be extinguished from society was inspired by the pseudo-science of eugenics. After the Nazi Holocaust of the Jews, the world declared itself enlightened to the evils of eugenics.

The world was fooling itself.

In the United States, 93% of babies identified as having that notorious extra chromosome are murdered in the womb.  In England it’s 90%.  And much of the medical community considers that great “progress” toward eliminating people with Down syndrome from our society altogether.

My son was part of the 7%.  My wife and I learned that Josh had Down syndrome early in the pregnancy.  That information caused us to have to change our expectations and to educate ourselves about our new reality.  But we certainly were not going to kill our son because he was different.

After Josh was born, I had the honor to become the President of the Down Syndrome Association of Hampton Roads (in Southeast Virginia).  In that position, I had the privilege of meeting and befriending scores of people with Down syndrome.

And yes, it was a privilege.  You see, while people with Down syndrome do have many deficits compared to typically-developing people, they also have attributes superior to most of us.  People with Down syndrome have an empathy that most of us can’t imagine. They don’t see people for their physical traits.  They have an innate sense of who a person is as a whole person, and they are drawn to the best in each of us.

If you want to feel good about yourself, or just feel good, take some time to spend with a person who has Down syndrome.  You will walk away feeling inspired and with a glow in your heart.

Oh, and if you’re an employer looking for good employees with a strong work ethic, you can do no better than people with Down syndrome, who love to work and be productive. They can’t wait to go to work, and they are sad when the work day is over. Their enthusiasm is infectious and tends to inspire the rest of us to want to work harder and better – in order to be like them.

The “enlightened” leaders of the world dream of a world without Down syndrome.  They consider the eradication of people with Down syndrome from an entire country to be a laudable accomplishment.

Forgive them, Father, for they know not what they do.

What they are attempting is a crime against humanity – just as were the actions of another “enlightened” leader of the not-too-distant past.

My son has the right to live, to be happy, to thrive.  And so does every other person with Down syndrome.  To deprive any person of his life for being different is an evil against all people.

So huzzah for Iceland for its successful genocide – and may God have mercy on their souls.