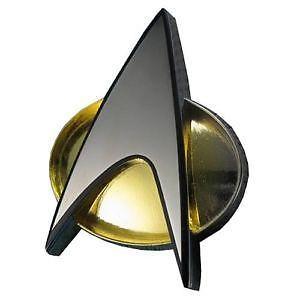 Star Trek is one of the great franchises in entertainment history.  For those poor souls who have never enjoyed it, you are missing out.  One of the back-bones to the success of all the various intrepid star voyagers is their ability to speak to everyone no matter the language barrier.  Imagine, traveling to the Delta quadrant, or behind, and being able to speak to every life form one encounters.  No, they don’t all speak English.  No, the various Captains don’t have to press 1 to hear the language they understand.  They just have a little golden device that magically translates everyone’s language to English.

Wow, does President Trump need that.

The President isn’t speaking to peoples from distant planets.  Nor is he speaking to people on the other side of our planet.  Right now, he is trying to speak to people in this country, and many of us are truly worlds apart.   His recent press conference demonstrates that what he is saying Americans are hearing differently, not hearing it all, or not fully understanding.  Perhaps worse, they are hearing him completely right.  Maybe Mr. Trump isn’t hearing us?

I’m a troll.   More accurately, I am a lurker.  I have friends that range from #altleft to #altright.  I have friends with more years of education than most, and still other friends with more wisdom and street smarts than any.  When I peek into their social media, I see different universes.  It’s fascinating.  Among my friends, how a post, comment, tweet or story will play to them is somewhat predictable.  I am sure they feel the same about me.  What I like to do, however, is what I call “step-two lurking.”  I like to go on their respective Facebook pages and listen to their friends friends.  If you have a hard left friend and you’re are conservative, go on your friend’s page and read all the things being said and posted by his or her more left friends you don’t know about a subject, like say, Trump’s press conference.  Then, find the most conservative friend you have and do the same thing.

I have two types of pro-Trump friends.  I have true-believer, all-in, Trump-is-working-the-art-of-the-deal types.  I also have many friends who cautiously, quietly, and indeed reluctantly voted for Trump because, well, they couldn’t possibly allow Hillary to be President.  These two groups have two different reactions to the Trump press conference.  The first group thought it was great.  Some called it the best press conference they have ever heard.  Trumpers hate the media, despise politicians, don’t think much of either party.  They love that Trump is sticking it to the man … every time.  Trumpers like to say, “you don’t get it, Trump is talking directly to the people.”  Oh, I get it just fine.

The second group of Trump voters don’t like Trump’s tone or style, though they appreciate him sticking it to the media, who they too never liked.  However, they want trump to sound more Presidential, and they think he is over the top to his own disadvantage. These people have their communicators properly tuned, I might add.

On the other side of the political spectrum, the left and altleft think Trump is either a narcissist, a rube, a conman, or a criminal.  They can’t believe how dumb he is, and they really can’t believe how dumb the Trumpers are.  They likewise are outraged at the treatment of the press by Donald Trump.  They are embarrassed he is the President, and some of them believe, without a single doubt, that he will be impeached.  Still others think war is imminent, with someone or everyone.   I have to be honest; Trump likely could never say anything to make the left or hard-left happy.  As for moderate democrats, a dying breed, they think Trump is a national embarrassment, and he is doomed to failure because of his tone.

The hard left also believe that their movement, known as #resistance, is winning.  What is it winning?  Well, some think it will lead to an overturn of the election, which is idiotic.  Some think it will lead to impeachment, which is nearly as idiotic.  But they all believe that they are gaining support everywhere.  In fact, everyone “they talk to” agrees with them on how bad Trump is.  Of course, everyone they talked to agreed on that before America elected Trump. Still, they see a win in the war on trump.

My take on all this is straightforward.  It’s a warning for Trump and Trumpers.

Yes, I got the election wrong.  You bet.  Yes, all the things I thought about why Mr. Trump would lose were wrong, except for the part where three million more people voted for her than him.  Indeed, had it not been for black abandonment of the unlikeable Hillary Clinton in three key states, Trump would have lost, bigly. But he didn’t lose. When Mr. Trump speaks, I don’t yet hear a President.  I hear a thousand points of darkness.  I hear him pleasing his warriors and gaining not one single new vote of support either.

Trump has yet to show that voice that makes the other side say, wow, ok, I get that.  Or, wow, I don’t like this guy, but that was one hell of a speech.  I use to say that all the time about Obama.  I use to say that about the plain, admirable, authenticity of George W. Bush.  I use to marvel at Bill Clinton, feeling everyone’s pain.  Of course, like most Americans, I likewise remember the pure dignity of the George H.W. Bush Presidency.  Finally, of course, I remember Reagan.  My god, none of these men compare to Reagan.  He combined likability with principle, patriotism, optimism, and authenticity. That’s how you win 49 states in a “United States.”

Trump’s press conferences reminds me of a 70 year-old billionaire CEO who has neither the time nor the patience, nor the attention to detail, to deal with the little people over whom he rules.  The problem is, he doesn’t rule.  He works for us.  His job is to lead.  His job is to unite.  His job is to make us stronger.  And, yes, his job is be responsibly critical of an irresponsible press.  It’s his job to expose and embarrass them with the credibility and regal power of our Presidency. His job is not one of denigration.

One friend of mine said yesterday of the Trump strategy: “Trump is playing checkers.  The left wants him to play Chess.  American likes checkers!”

America doesn’t need a President who plays games.  They need a leader who will unite us.  I don’t want Mr. Trump to talk to one part of America.  I want him to reach all Americans.  I want him to prove that we are a great people, still willing to unite around grand ideas and ideals.  Trump gives me none of that.

The left won’t run a Klingon in 2020.  Trump better turn on his universal communicator.  No one is asking him to build a United Federation of Planets, or even a united planet.  We do, however, want him to rebuild a “United States.”  He will need to speak to all of us to do that.