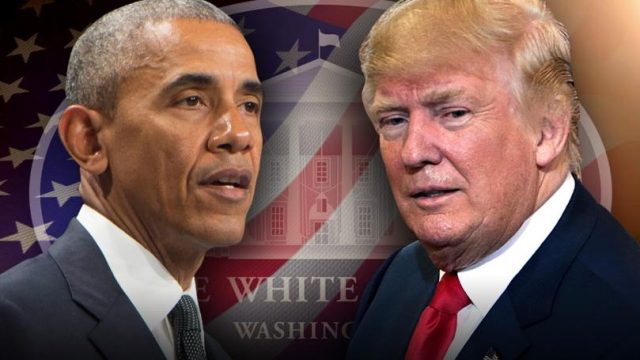 The New York Times today published a front-page report that should chill every American to his core.

According to the NYT, unnamed sources from within our country’s intelligence agencies leaked information indicating that senior members of Donald Trump’s campaign met with Russian intelligence officials during the campaign.

This report exposes very serious threats to our republic in two separate and distinct ways:

1. Given reports of credible evidence that Russia interfered with our election by selectively leaking information designed to help Trump win, it is vital to know whether there were, in fact, contacts between the Trump campaign and Russian intelligence during the campaign, and if so, what was discussed.

2. It is now obvious that people within our intelligence agencies, most likely holdovers from the Obama administration, are selectively leaking information designed to undermine and delegitimize our new president, which constitutes an attempted “soft coup.”

These are serious matters that present potential threats to our national security and to our very existence as a constitutional representative democracy.  It is crucial that we all place our loyalty to our country ahead of any loyalty to any political party and get to the bottom of these matters.

In the final weeks of last year’s campaign, information leaked exposing numerous scandals involving Hillary Clinton and her associates.  These leaks became a groundswell that overwhelmed her and very likely discredited her enough for her polarizing and arguably unqualified opponent, Donald Trump, to win a surprise victory.

American intelligence agencies concluded that these leaks were orchestrated by Russia, possibly with the objective of helping Trump win the election.  The facilitators of the leaks, the shady organization known as “Anonymous,” denies that it received its information from Russia, and the question remains in dispute. Nevertheless, when numerous intelligence agencies reach a mutual conclusion, that conclusion must be seen as at least credible.

Democrats and some Republicans have been calling for an investigation into these leaks, and, indeed, both the Congress and the FBI are conducting such investigations.

President Trump and his associates need to answer some important questions about this matter:

President Obama has broken with the tradition going back to the beginning of our republic of leaving the capital and refraining from criticizing his successor after leaving office.

Instead, Obama has taken the unprecedented action of remaining in Washington, DC to personally manage a national grass-roots organization designed to actively oppose President Trump and his agenda.

Since the inauguration, the movement left, of which Obama is a prominent leader, has engaged in terrorist tactics intended to undermine and delegitimize President Trump and his administration.  I discussed those activities in detail in this recent column.

There are now reports that Obama administration officials remaining in the government are selectively leaking information designed to obstruct and undermine President Trump and his administration.  Perhaps the most prominent and intellectually honest report came from the left-leaning anti-Trump publication The Week:

Flynn’s ouster was a soft coup (or political assassination) engineered by anonymous intelligence community bureaucrats. The results might be salutary, but this isn’t the way a liberal democracy is supposed to function.

Holdover Obama administration officials allegedly are working to bring down an incumbent president, and Obama himself is defying long-standing tradition to actively oppose that same president.

President Obama and his associates need to answer some important questions:

Both of these matters go to the heart of our continued existence as a constitutional republic, and both matters must be vigorously, thoroughly, and independently investigated, with the chips falling where they may.

President Trump should request that Attorney General Jeff Sessions appoint an independent counsel to investigate all of these matters with an independent staff and with full prosecutorial authority.

The security and integrity of our nation may well depend on it.