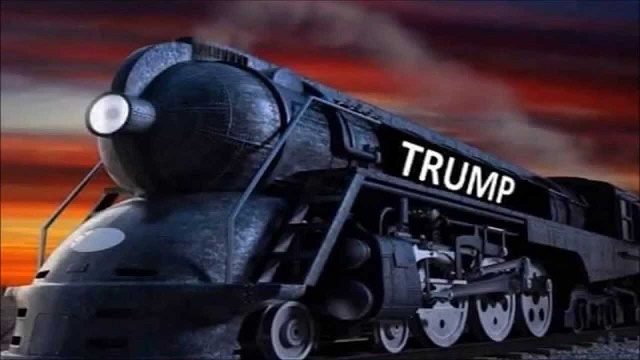 Just twenty four hours after Mr. Trump’s remarkable win, I was pounding away on Facebook about what his priorities should be.  Hell, I didn’t even support him.  Most suggestions from friends centered on campaign themes like Obamacare or the wall.  For me, job one was to immediately assemble some experts, find every single judicial opening and fill each one.  I still say, Trump needs judges … yesterday.

In fact, the obsession of many of my conservative friends with the 9th seat on the High Court is symptomatic of the complete lack of understanding about what Trump and America face.  The judiciary is packed with liberals.  It always has been in the modern era.  After eight years of appointments by Mr. Obama, without a filibuster rule, the judiciary went from leans-left to hard-radical, leftist activists.

Some of my lawyer friends wrote me and said, “Hey, really, why are you so jacked up about Federal District Court seats?   It’s a great job, but they are trial judges.  They play no real role in the big scheme.  We need to fill the Circuit Courts and the Supreme Court with Constitutional Conservatives!”

Lawyers are so cute when they think they have it all figured out.  No one denies the critical role of Circuit Courts of Appeals.  Even lay people also understand that control of the High Court is the whole game.  However, only people who never clerked, or never practiced much in a trial court would sell-out how critical those courts are to helping re-shape the country.  Trial courts, as we have found out, are not to be ignored.  They put the legal issues before the higher courts in the right posture.

Federal Trial Court judges wield great power, and as we have seen in the first 24 days of the Trump era, everything this administration does will start at a Federal District Trial Court.  Litigation will begin with forum shopping by leftist organizations and State Attorneys’ Generals trying to find sympathetic judges who will act as a block against a President who has no opposition party in any other branch or government.

Larry Tribe and his radical band of phony ethicists are plying their Emoluments arguments in the District Courts.  In Washington State, one Federal District Court Judge expanded his authority and jurisdiction across the country, throwing out 65 years of good law, and supplanting his judgment for that of the President on national security.  Finally, in the Eastern District of Virginia, left-wing activist Mark Herring won a remarkable win against the President before Judge Brinkema.  In her order, Brinkema extended First Amendment, U.S. Constitutional rights to everyone … on earth.  She ruled that non-citizen, non-resident, non-VISA holding, prospective Refugees had their Establishment Clause rights violated by President Trump.  Hello?  Those people don’t have Constitutional rights.

All of this radicalism is going down right on the front lines in our Federal District Courts.  With hostile state AG’s choosing friendly courts and judges, the left has decided that it will make its political stand as rioters and protesters in the streets, while its lawyers look to obstruct and block the administration in the courts.  To be clear, most lawyers are left-leaning, and indeed the vast majority of judges are as well.  In fact, the legal industry and its schools predominately train and produce social justice warriors rather than thinkers or Constitutional conservatives.

Mr. Trump needs a team of legal scholars to help him assemble a world-class list of strong lawyers who the GOP can immediately place on the Court.  These would be judges who understand silly concepts like standing, equal protection, immigration law, national security, and Constitutional conservatism.  It would be delightful if any of them could articulate an explanation about federalism, original intent, or perhaps judicial restraint. What if they wrote legal opinions based on the law and stature before them.  That last 51 pages of legal opinions on the President’s Executive Order, doesn’t mention the statute granting him the power?  How is that possible?

It is ironic indeed that the need I thought was critical really was that important.  We have war on Trump in this country.  For those unwilling to burn our flag, wear a vagina hat, or riot in the name of protest, the battleground is in the Courts … where the Constitution is under siege.  The President cannot make these appointments soon enough.  He must make this a national priority before the judicial coup undoes his very election.

Right now, Mr. Trump’s entire agenda and his presidency are in the hands of DOJ lawyers from the deep state, most of whom are not sympathetic.  They are carrying his water before lifetime Judges who despise him.  Those Judges are listening to judicial activist lawyers they admire.  It is a recipe for disaster because the Federal Courts, like most of our society, is now an irretrievably broken political mess.

Here is all the President needs to know. In the court proceedings he faced, neither the Judge, the Plaintiff, nor Trump’s own DOJ arrive at the Courthouse on the Trump Train.  He needs lawyers and judges, and he needs them yesterday.