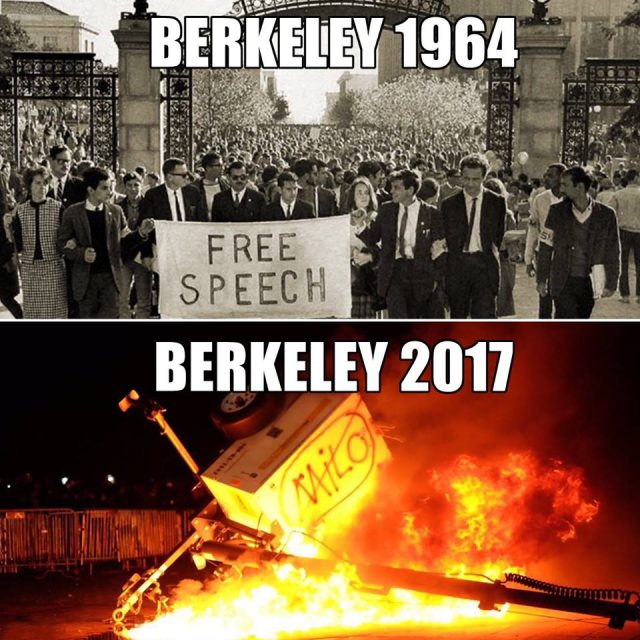 Humans are constrained by language.  It’s not that we don’t have sufficient words to communicate.  We do.  Taking a page from our President, we have the best words … the very best … beautiful words.  Arranged by experts, and sometimes placed with the right image, even a single word can bring us to tears, make us laugh uproariously, or rouse us to action.  Still, words become labels, and labels take on meanings.  Sometimes, those meanings are wrong, false, or incomplete.  Sometimes they are perfect.   Pro-abortion apologists often remind me that pre-born children aren’t “babies” or “Children.” They say “it’s” a “fetus” or “zygote.”  Look at that, three words that rob humanity of its humanness.  Words have power, and they are used by the powerful to manipulate the masses.  Sometimes, the cunning simply use them to defraud or mislead the unaware.  “Progressivism” is a word that purports convey a political ideology that to its adherents means moving people and society forward in progress.  As a political ideology, however, “Progressivism” and “Progressives” are missing something critical, and that’s progress.

Political labels generally stick.  There are 320 million Americans, and surely, being republican or democrat doesn’t fit the views of all those people.  Yes, they break down into further sub-groups.  My favorite one is “moderates.”   People sometimes use that word to describe a less virulent sect of radical who would oppress you, but not cut your head off.  In American politics, we use it to describe those who purportedly are not blind party followers.   I am equally wary of both groups.

The person who would oppress you is one bad decision away from killing you, and the person who thinks he or she is above the political fray is often simply unwilling to take a principled stand.  Still, all we have are these words, and we must use them to best define ourselves.  Indeed, our fledgling website, committedconservative.com, came to be because we were tired of how opponents of conservatism tried to redefine us, and how purported conservatives tried to hijack our brand to have it mean something it does not.

We are engaged in a word-branding war.  Language … it’s cool … but constrained.

To my progressive friends, I ask, “where’s the ‘progress?’”

America is more divided than it has been since the South seceded and took up arms.  In fact, California is trying to secede right now, and many people see that state as the most progressive in the Union.   On tolerance, we no longer see people marching hand-in-hand in the street for justice and with civil obedience.  We see masked rioters, looters, and anarchists.  That’s not progress.

Women fought rightly and justly for the right to use birth control.  Then they fought for the right to terminate their unborn children.  That’s progress?  In every segment of society, single mothers head families whose kids either are fatherless or whose fathers are absent.  In some communities, unwed mothers represent 8 out of 10 new moms.  Is that progress?

The country is mired in an epidemic of heroin.  Police departments use public shame by posting pictures of parents who OD in a car with their kids still in their booster seats.  Is that progress?  Progressives often eschew God, and have fought at every turn to limit the freedom of religion.  Church attendance is down, divorce and deviancy are up … and this is progress?

To borrow the often quoted and famous cultural reference from the movie the Princess Bride, “You keep using that word. I do not think it means what you think it means.”  If the left’s version of progress is progressivism, we will soon be back to rubbing sticks together to make fire.

We are not suffering from a cultural decline or cultural malaise.  What we have is a cultural cancer.  It’s stage IV.  The civil society is ripping apart because in America, right now, being American is a point of disgust for many self-described progressives.  The mark of Progressivism is being anti-everything.  One wonders how progressives wake up each day with their own self-loathing, let alone their utter contempt for fellow Americans.

There was a time in this country when god-fearing people of faith got married, stayed married, raised kids, said the pledge of allegiance, and sang the national anthem with pride.  They volunteered in their communities, coached their kids’ sports, and worked with both their hands and minds.  They fought each day to make their lives and communities better.  All they wanted from their government was the mail and to be safe from foreign invasion.  I don’t know what we did to get away from that American vision, shared once in big cities and little towns.  I know this, it isn’t progress … it’s progressivism.

Language is amazing.  Words change meaning over time.  Whatever progressivism once meant, it is now the word best associated with an American culture regressing toward tribalism.

Study: Majority of Liberals Are Tolerant of People Who Agree With...

Modern Liberals Just Want To Be Heroes Too