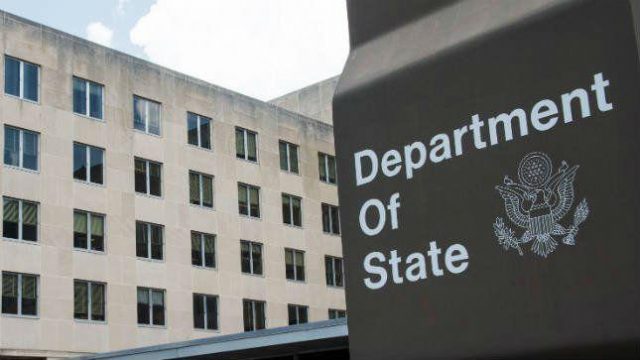 The Administrative state is a federal leviathan that answers to no one and often imposes a tax on society through mandates, rules, costs, and incompetence.  We need a small, smart, efficient government.  Among our federal employees are some outstanding, dedicated, smart people.  Even they are not irreplaceable, and neither are those federal employees running amuck in protest over the election outcome.  This includes tantrums at EPA, National Parks, NASA, and elsewhere.  Today, the news broke that the “entire senior staff at the State Department resigned.”  The premise of the story, its reporting, and the hyperventilating on social media is that the US is losing irreplaceable, life-long bureaucrats because of President Trump.  The sky, we are told, is now falling.  Americans are being asked to believe our country will fall because well-compensated, highly political, career employees are leaving for either retirement or pay raises with sympathetic partisan groups.  It appears the Administrative state is better at spreading panic than at administering the state.

The country has a lot of smart people who love it.  No one is irreplaceable, and few are as hard to replace as they think.  Companies change CEO’s, Schools change Deans and Presidents, and our Country even changed out the most powerful position on earth.  You think America can’t survive resignations at State?  I don’t doubt for a minute that the group there included some smart, fine, knowledgeable people.  And, losing institutional knowledge is never easy.  In fact, in jobs of real importance, with people of strong character and dedication, the thought of sticking it to one’s agency, co-workers, or country, just to make a political statement is unthinkable.  Most people are not that petty … if their job is so important or their dedication so unquestioned.

President Trump will fill these roles, because lots of very smart people live in this country.  Truth be told, no one is looking at the US Department of State over the last 20 plus years thinking, “wow … did they ever do a great job.”  The last eight years have been a disaster, from Iraq, to Iran, to Israel, to Libya.  Fare thee well, former highly-compensated Federal bureaucrats.   Your temper tantrum and loyalty to the mission is duly noticed.  Yes, Mr. Trump’s replacements may find daily operations harder without a thoughtful and cooperative transition.  Of course, only America and American interests are hurt by this political skullduggery.

For nearly 50 years, the rise of the Administrative state has been a burden foisted on America by both parties.  Agency rule making, law ignoring, and a culture of inefficiency, entitlement, and superiority has disconnected the servants from those they serve.  Now some have quit in a huff.  The Republic survived civil war.  It was founded on small, focused, limited federal government.  These resignations are step one in a return to founding principles.  Innumerable Americans of good faith, great experience, and superior education stand ready to serve if called.  To the quitters, thanks for making service for new dedicated employees and real reform possible.